From Rav Alon Anava’s Part 7 Shiur on the Erev Rav:
"Mashiach ben David Cannot Come because" of …. :
Rude and Crude  –  In Your Face 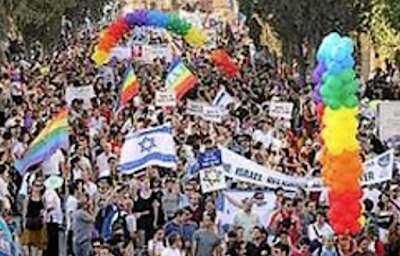 9 For, lo, I will command, and I will sift the house of Israel among all the nations, like as corn is sifted in a sieve, yet shall not the least grain fall upon the earth.

10 All the sinners of My people shall die by the sword, that say: 'The evil shall not overtake nor confront us.'

There has to be Rabbanim on a worldwide scale from all countries, especially, Eretz Yisrael to have the courage to face this tumah situation in the face and explain that the disasters, the natural ones such as floods, fires, volcanos, typhoons, tsunamis, etc. plus human made disasters such as crime and corruption will NOT cease from the face of the earth unless they erase the toeiva situations, especially in EY. This is something that the Ribbono Shel Olam will NOT excuse nor tolerate for any reason under the sun!
Our Torah and Chazal emphasize this. The whole world was once destroyed just for that. Wake up Yehudim and save yourselves! HASHEM YERACHEM!