The Autistics Were Right ... Increasing Earthquakes

When ... Will Israelis Wake Up And Stop Going to Idol Worshipping Nations While Their Father in Heaven Has Given Them a Land of Milk and Honey to Explore and Reap the Treasures Of?

"April 2015 – GEOLOGY – If it seems like earthquakes and erupting volcanoes are happening more frequently, that’s because they are. Looking at global magnitude six (M6) or greater from 1980 to 1989 there was an average of 108.5 earthquakes per year, from 2000 to 2009 the planet averaged 160.9 earthquakes per year: that is a 38.9% increase of M6+ earthquakes in recent years.

Unrest also seems to be growing among the world’s super-volcanoes. Iceland (which is home to some of the most dangerous volcanoes on the planet), Santorini in Greece, Uturuncu in Bolivia, the Yellowstone and Long Valley calderas in the U.S., Laguna del Maule in Chile, Italy’s Campi Flegrei – almost all of the world’s active super-volcanic systems are now exhibiting some signs of inflation, an early indication that pressure is building in these volcanic systems." Are Earthquakes and Volcanic Eruptions Increasing?

Nepal faces larger and more deadly earthquakes, even after the magnitude-7.8 temblor that killed more than 4,000 people on Saturday (April 25). Earthquake experts say Saturday's Nepal earthquake did not release all of the pent-up seismic pressure in the region near Kathmandu. According to GPS monitoring and geologic studies, some 33 to 50 feet (10 to 15 meters) of motion may need to be released, said Eric Kirby, a geologist at Oregon State University. The earth jumped by about 10 feet (3 m) during the devastating April 25 quake, the U.S. Geological Survey reported.

"The earthquakes in this region can be much, much larger," said Walter Szeliga, a geophysicist at Central Washington University. So says Life Science article

The Makkos Continue, Now on the American Food Supply

Rabbi Ben Artzi has said! "There will be much greater natural disasters than there were before Passover.  G-d is destroying and confusing every country that goes against Israel and that wants to harm Israel. Planes will continue to experience complications, all kinds of planes.  Ships will continue to experience complications.  Trains will derail and crash, buses will crash.

G-d is asking the people of Israel: "Don't you understand that I am speaking to you through natural disasters, complications, and conflict around the world?  (....)  Are all of these signs not enough to realize that I am talking to you?"


The following is from The End of The American Dream at Is the US Food Supply Cursed.

Why are so many catastrophes hitting U.S. food production?  This week, we have learned that more than 7 million turkeys and chickens have already been killed as the result of a devastating bird flu outbreak here in the United States ... (contd below)

-Due to the worst drought in the recorded history of the state, much of California is turning back into a desert.  And considering the fact that California produces nearly half of all the fresh produce grown in the entire nation, that is a very frightening thing.  Prices for many fruits and vegetables have already gone up substantially in our grocery stores.

-The multi-year drought in the southwest United States has also had a crippling impact on many ranchers.  At this point, the size of the U.S. cattle herd is the smallest that it has been since the 1950s, and the price of beef has doubled since the last recession.

-Over the past couple of years, porcine epidemic diarrhea wiped out approximately 10 percent of the entire pig population in the United States.  This particular plague seems to have subsided at least for now, but scientists tell us that it could come back strong at any moment.

-As my friend (....) wrote about the other day, the sardine population off the west coast has declined by 91 percent since 2007.  This is having a devastating affect on the food chain in the Pacific Ocean.

-Speaking of the Pacific, a whole host of other sea creatures appear to be dying off in large numbers as well.  For much more on this, please see this article.

-Down in Florida, citrus greening disease has hit the citrus industry extremely hard.  The price of Florida oranges has approximately doubled over the past 12 years, and crops keep getting even smaller every year…

-A plague known as the TR4 fungus has hit global banana production in a big way.  According to CNBC, this nightmare fungus may eventually completely wipe out the variety of bananas that we commonly eat today…

If this bird flu continues to spread in states such as Iowa, we could have a nightmare scenario on our hands.  Most people don’t realize this, but almost one out of every five eggs that we eat comes from that state… Unfortunately, this new outbreak is extremely puzzling to our scientists.  At this point, they really don’t know why it is spreading so fast…

And one astute commenter had this to say:


"This is happening because the U.S. is pushing Israel to make deals with evil (so-called Palestinians/Hamas/Fatch/etc). If the U.S. starts not only to support Israel, but allow her to make decisions for the sake of its people, not for the sake of an evil President (Obama), the U.S. will flourish again. As G-d has said, "I will bless those who bless you and curse those who curse you," it is clear that G-d is cursing the U.S. for its actions agains Israel and Jews. On top of that, the U.S. is supporting immoral behavior such as gay rights, etc. Even gentiles need to behave morally. The U.S. did this to themselves. So they deserve all the plagues that come their way. Pharaoh of Egypt did not listen to G-d and neither are the people of the U.S. The U.S. needs to make major repentance for its sins."

Understanding Zionism and Israel and the secular holidays. I was unable to retrieve the video as this was originally made in 2012, but is still very relevant:

An extremely interesting and revealing video shiur by Rabbi Yosef Mizrahi: the History of Zionism

"Iran is dancing and celebrating, they think they got what they wanted - big mistake!  They did not get anything.  G-d will not let them lift their heads.  If they have any intention of harming Israel, G-d will bring down upon them

ten plagues that have never been seen before.


About Ani-Semitism in the world:

Anti-Semitism in the world is going to increase stronger than ever before.  The Jews who insist not to come to Israel have no mercy for their little children.  Come urgently to Israel, saves your lives and the lives of your family members. 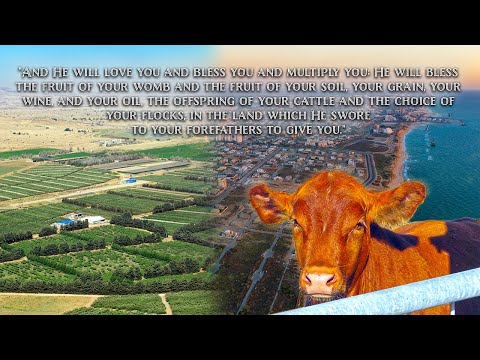