Words of Wisdom for the Elections

Rabbi Nir Ben Artzi has words of wisdom for Israelis in the upcoming election.


However, how does one know which party is representing who they are in all honestly. Platforms, before elections, are created to appeal to what they believe the people want, but after elections . . . that is a different animal.

A Momentous, Historical and Dangerous Election

1) eliminating his chance of getting into office, and

2) doing a monumental injustice to the Jewish People and placing all citizens in a State of Israel in sakana (danger).

I believe Israelis are fed up watching the knives, rocks and firebombs attacking, wounding and killing Jewish men, women and children.

A Warning to All Jews in New York

"I was appalled. I got closer. The protesters were accusing Leviev, a private Jewish citizens, of stealing Palestinian land, persecuting Palestinians, and supporting an imperial Israel.

I asked the protesters who Leviev was and why they were protesting him. Was he Israel’s Prime Minister or Foreign Minister? At least the Ambassador. How else to explain why they would be protesting outside a business simply owned by a Jew.

They told me he was an Israeli who supported Israel’s persecution of the Palestinians. He was a known, high-profile Jewish businessman. They were there to make sure no one bought his products.

I had had enough. I raised my hands into the air, in the mist of the protest, and said loudly, “Long Live Israel, the only democracy in the Middle East. The only country in that dark region that is a bastion of liberty and human rights. A place where Palestinian women need never fear honor killings. A place where Israeli Arabs have more guaranteed rights than any Arab nation. A place where gay Palestinians need not fear being shot in the head on false charges of collaboration. A place where Arabs can protest publicly, just like all of you, and not be shot. Long live righteous and majestic Israel.”

Instantly, all the protestors forgot about Leviev and turned their ire toward me. I was now the devil. They were shouting at me, abusing me ...

“How revolting of all of you to protest a business because it’s owned by a Jew.” What is this? Nuremberg 1934? Absolutely reprehensible.

My kids were now engaged in the fight, singing “Am Yisrael Chai. The Jewish people are alive and well.” We were louder than the protestors.

The police came over, trying to quell the confrontation. They have a permit, he said. They have the right to protest.

God bless America. I respect their right for public demonstration. But I also respect my right to write this in a column.


Jews of the world.
Wake up.
There has never been an assault on us like this in our lifetimes. And we are allowing it. Through our timidity and through closing our eyes and pretending not to see, it’s growing. Our enemies are arraying against us. They have substituted anti-Semitism for Anti-Israelism. But it’s the same sentiment.

But who would be next? Which Jewish business would they target next?

A few hours later we went to the Chabad public Menorah lighting outside the Plaza hotel on 5th Ave. There was a small protest against Israel there was well. Joining the protest was a 20-something man who told us all that the Jews owned all of 5th Avenue. He pointed across the street at the famous Apple 5th Avenue store. “Apple is owned by Jews.”

I looked at him.

“Um, erg, hmmm. Did you know that Steve Jobs was the son of an Arab-American? So how does that square with the Jews owning Apple?”

“Well the Jews bought it from Jobs with the endless money they have.”

And so it goes. Jewish timidity in the United States is allowing more and more of these outrages to take place.

I wonder if we recognize the seriousness of what’s happening or will it engulf us before we take decisive action?

Organizations who dare hold ordinary Jews responsible for actions in the Middle East – which would be the equivalent of protesting an Arab-owned department store in Detroit for the butchery of Bashar Assad in Syria – should themselves be targeted for public demonstrations, calling them what they are: anti-Semites.

Published in The Times of Israel
at December 28, 2014 No comments:

The Talmudic Perspective on Christianity by Rabbi YY Jacobson

Christianity and the Talmud

By: Rabbi YY Jacobson
Summary: The Talmudic Perspective on Christianity
Unfortunaterly there are some issues preparing the video.
We will try to make it available as soon as possible.

"Abbas, Hamas and Islamic Jihad, are great liars and conspirators. Anyone who would give portions of the Land of Israel will be in mortal danger – a danger to his life. This is not what happened in Gush Katif and Hevel Yamit; this time the payments are not delayed will be paid immediately. Anyone who cares should be careful, and not say he was not warned by heaven. The land of Israel has belonged to the Jews for thousands of years; the Creator is not ready to give up any piece of the land of Israel. HE warns you and warns you that this land belongs to the Holy One, blessed be He, and the State of Israel!"

"Every Jew who wants to be a Jew and be successful in his undertakings will follow the Torah."

and that means to keep and remember the Shabbat!
at December 24, 2014 No comments:

Being At The Holiest Place on Earth


Sorry, I don't have a translation. I would very much love to know what MK Moshe Feiglin is explaining to us. Nevertheless, we can almost feel being there:


IY"H Jews will be allowed to do what MK Moshe Feiglin has accomplished:

Israeli Government Proposes to Take Away Parents' Rights of Parenting

This is an American Marxist Leftist idea; to take children away from under their parents' care. This must be stopped. The Government's dissolution is necessary if only for this diabolical plan: 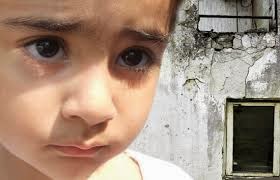 "A bill recently proposed by the justice (a/k/a Livni) ministry indicates that it is seeking to take away parents' custodianship of children in Israel. Tzipi Livni's removal from office has temporarily halted the move, which reflects a neo-Marxist approach to the family, in which the state takes over from parents as the ultimate guardian and custodian.

"The government-sponsored bill, named “Parents and Their Children,” cancels the concept of natural parental guardianship over children. Its explanatory notes say that it aims “to assimilate a new normative perception... in the matters between parents and their minor children.”

"It replaces the terms “custody” and “guardianship” with “parental responsibility,” leaving parents responsible for their children but stripping them of the authority that goes along with that responsibility."

Please read the full article here and if it is within your ability, fight this reprehensible idea. 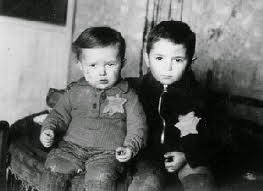 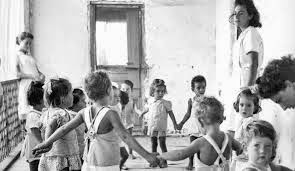 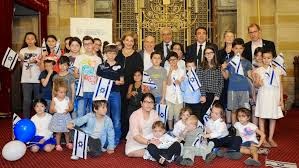 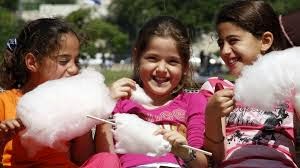 THE STATE PROPOSES TO TAKE CHILDREN FROM THEIR PARENTS! 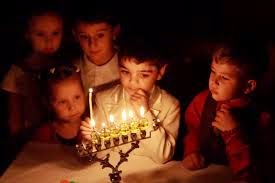 Maybe they don't think it proper, but to threaten like this is blackmail . . .

"Every woman who campaigns against the gedolei haTorah (Torah sages) of Israel will make sure her children will not attend hareidi education institutions, and no one will do business with her or work with her, and all of her descendants will be expelled from our schools," Rabbi Mordechai Blau threatened in remarks made to the hareidi media Sunday night.


and intimidation, and the person who said this may be culpable and guilty of an illegal act.

"I guarantee... to implement all of the above, and the above will also apply to men" who support the women's efforts."


Meanwhile, Rabbi Amnon Bazaq, of Yeshivat Har Etzion in Alon Shvut, (…) that if hareidi parties do not begin opening up their ranks to women (…) they may lose a significant number of votes.

"If this does not happen," he warned, "it will raise questions once again about the ways hareidi leadership manipulate halakha [Jewish law] according to their political needs." Arutz 7