Note: Several months ago I began issuing notices of religious exemption from self-harm and child sacrifice, and I am reiterating that offer. If you would like one, just ask. Rabbi Chananya Weissman https://chananyaweissman.com/ 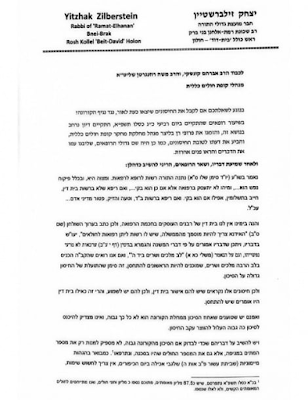 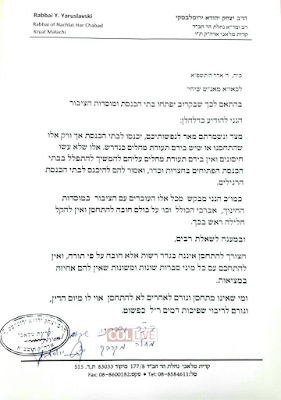 “It is irresponsible and wrong to compare an effective vaccine — developed by President Trump’s Operation Warp Speed — to the horrors of the Holocaust,” the Republicans said. “People should have the liberty to choose if they take the vaccine, but we should never compare the unvaccinated to the victims of the Holocaust.”

FIRST OF ALL, ITS A NON-EFFECTIVE “VACCINE”

SECOND, ITS NOT A VACCINE

THIRD, ITS AN EFFECTIVE MEDICAL ALTERATION OF ONE’S IMMUNE SYSTEM WITH SPIKE PROTEINS, NANO-PARTICLES AND GRAPHENE

Roberta Clark, executive director of the Jewish Federation of Greater Oklahoma City, said that “to compare the actions taken by Nazi Germany to a public health discussion is ill-informed and very inappropriate. It’s sad and ironic that anyone would draw an analogy from the largest-recorded genocide in the 20th century with public health attempts to actually save lives.”

MS CLARK, THAT IS BECAUSE

THEY ACTUALLY DO NOT WANT TO SAVE LIVES

Posted by Neshama at 9:44 PM No comments:

“CDC Director Dr. Rochelle Walensky said new data shows the delta variant, which accounts for more than 80% of the new infections in the U.S., behaves ‘uniquely differently’ from its predecessors and could make vaccinated people infectious,” the new version of the article states.

“Information on the delta variant from several states and other countries indicates that in rare occasions some vaccinated people infected with the delta variant after vaccination may be contagious and spread the virus to others. This new science is worrisome and unfortunately warrants an update to our recommendation.”

THERE IS NO COVID-19 VIRUS

THERE IS ONLY FAKE PCR TESTING

THE SPIKE PROTEIN (‘vaccine') IS THE PANDEMIC AND THE INFECTION

THE GRAPHENE in the ‘vaccine' IS THE TOXIN TO FEAR

With Walensky’s announcement came an official CDC recommendation that all jabbed Americans cover their breathing holes with fabric in order to keep the Fowchie Flu from spreading any further than it already has.

The CDC also wants parents to abuse their children by forcing them to wear a mask for eight hours a day in the classroom this fall. If parents refuse to do this, then the CDC wants public school districts to enforce mask mandates for all students who attend classes in person.

“Some vaccinated people could be carrying higher levels of the virus than previously understood and potentially transmit it to others,” the CDC now admits.

Meanwhile, thousands of unvaccinated and unmasked illegal “migrants” are pouring across the southern border and getting distributed by Beijing Biedan to towns and cities […] – even as your children are being told that they have to stay muzzled forever to “flatten the curve.”

“Are the vaxxed shedding spike proteins? I don’t know. But I say we quarantine them in FEMA camps for a year just to be sure. It’s for the children,” joked one commenter at Zero Hedge.

Posted by Neshama at 9:07 PM No comments:

And He shall destroy on this mountain the face of the covering that covers all the peoples and the kingdom that rules over all the nations. (Yeshaya 25:7, Judaica Press translation)

This prophecy is referring to the final war.

...And my master, my father, of blessed memory, explained “the covering that covers” is a hint to a kingdom that covers its faces. (Radak)

“And He shall destroy”, due to the fact that before Moshiach comes the kingdoms will be divided into two camps:

1) Nations that have faith and don't serve false gods, only they did not recognize the true religion, and their faulty beliefs place a mask on their faces, and cover their faces from seeing the true light, though it is easy for them to recognize the true faith after they already believe in many fundamental principles of the religion, such as reward and punishment, providence, and similar things. These are called “amim” (nations), which is a higher level than “goyim” (peoples), and about them it says that Hashem will destroy and remove the mask which wraps and covers their faces, that is He will remove from them the faulty beliefs, and then de facto they will see the bright light in the heavens and recognize the true religion on their own.

2) Peoples that don't yet have any belief at all, and they still worship idols like the ancient peoples, such as the people of China and Japan and similar places. They are called “goyim” because they are on a low level. About them it says that He will remove the mask, which is the idolatry that covers them to be gods for them and for them to stray after. (Malbim)

Sorry, this is the correct video

The sound is a bit low, but the scenery is breathtaking. Strain your ears, it is worth it.

The Zimmerman Egg Farm of Itamar