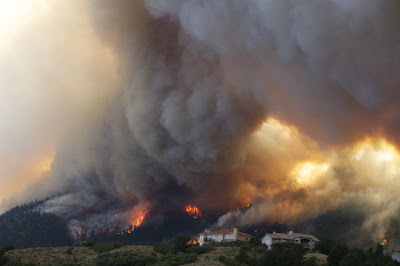 Jews have been evicted from their homes, 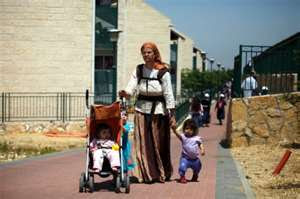 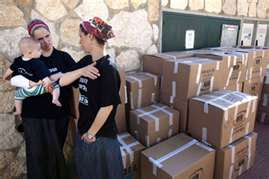 A Change We Can No Longer Ignore

First, the State's recognition of the large, youthful non-Orthodox next generation,

A lighthouse for the Jewish future
By JOHANNA ARBIB PERUGIA
18/06/2012 (In full, an article from today's JPost:

I relish the extent to which the Jewish people is, in fact, a global family.

Jewish leadership, like Jewish affiliation, is taking on many different forms, and recognizing new leadership and affiliation patterns has become a challenge we can no longer afford to ignore.

For years now, we have been making a national pastime out of bemoaning “growing indifference” and “alienation” of young Jews to Israel and Jewish life (as reflected in the drastic drop in affiliations to Jewish communities and Jewish/Israel-related organizations). But what we should begin to realize, is that such affiliations are no longer an accurate measure of Jewish or Israeli identity.

Lately, I have come to identify most with the current generation of young Jewish leaders. I subscribe fully to their life-goals, multi-faceted worldviews, and fluid sense of identity (not to mention their hectic lifestyles). Though these leaders differ greatly from our parents’ generation – celebrated luminaries and respected leaders of men – it is far from a bad thing. These young trailblazers think and feel and touch the world on numerous levels. They are primed to make a real difference.

And don’t be fooled: they are not more or less identified or committed than previous generations. Rather, their identities are more integrated, more inclusive than any others who have come before.

Today’s child experts tell us that a parent’s main task is not to be an instructor but a “lighthouse,” a point of light by which the next generation can comprehend their environment and steer a sure course. Indeed, our own Jewish sources having been telling us the same thing for thousands of years.

According to our tradition, it is the Jewish mission to become “a light unto the nations,” a proverbial lighthouse for the world. But before we can lead others, we must first figure out how to become the guides these young Jewish leaders really need.

I believe that our first challenge in passing the torch is capitalizing on every type of leadership and meeting the younger generation on their turf.

For example, we must recognize that recommendations via social media are powerful tools. In fact, marketing experts have determined that they are often more effective than conventional (read: the same old) channels because they constitute a personal connection and instill trust. They also lead to action, commitment and real results (often in real-time).

Every generation subscribes to a certain worldview that characterizes the way they live, act and interact with others.

For our grandparents, it was nationalism.

For our parents, it was internationalism.

For us, it is globalization – the quest for an integrated, synergetic world. This has become a reality in our modern world, and has always been the Jewish reality.

Judaism has always relied on geographic mobility and fluidity. It is a way of life that nurtures flexible ideas and thinking – it is second nature to us.

When I travel the world for KH-UIA events and programs, I relish the extent to which the Jewish people is, in fact, a global family.

I see my leadership role as an expression of globalization, an essential Jewish value that began when Abraham was commanded by the Almighty to leave his past behind and charge forward to the Land of Israel. It was a courageous venture that took great fortitude. But above all, it was an act of faith. Guided by the Creator’s “light,” Abraham was able to lead the world in a new direction.

And so our best next step is actually a leap of faith. We must release our young Jewish leaders from our antiquated notions of leadership and affiliation so that they can “go forth” and tackle the issues facing our global Jewish family in ways that best suit the times in which we live. As challenging as it might be, we can best serve these talented and committed young men and women by simply becoming the points of light they need to comprehend their past and steer a sure course for our Jewish future.


[it seems we are headed toward the prophecy of becoming a totally secularized and barely religious Jewish nation c"s]
Posted by Neshama at 8:34 AM 4 comments:

Calling all Jews to come Home

And talks about the beauty of Eretz Yisrael

Calling all Jews to come Home


If only this would get them going ...

Isn't this a very Moshiach-like thing to do?