Rocks and firecrackers at Jewish children in Maaleh HaZeitim 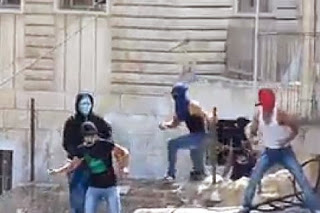 The Mayor is 'turning the other cheek'
and the Police are 'seeing no evil'
so what are the Jews supposed to do?
Posted by Neshama at 6:50 PM 3 comments:

Jerusalem Police tell Light Rail operator not to inform the public of rock attacks on its lines, unless it receives police approval

"The Jerusalem Police have instructed Citipass, the company that runs the capital's Light Rail system, not to inform the media and the public of rock attacks on its railway lines, unless it receives police approval to do so.


First, Police are a no-show on Rosh HaShana in Silwan, so religious Jews can go to Tashlich ...

According to Voice of Israel public radio, the Commander of the Zion Precinct, Brigadier General Amnon Alkalai, called Citipass Director Doron Ravid and told him that the reports hurt police and encourage the attackers."


Now, Police are instructing to be 'mum' about attacks on the Citi Rail ...

"Jerusalem Mayor Nir Barkat recently urged media outlets not to focus on the spike in Arab violence - dubbed "the silent intifada" by residents - saying that talking about the phenomenon too much could hurt local businesses. But residents have dismissed the claims and ask why police don't simply crack down harder on the rioters."


Now, Mayor Barkat says
"not to focus on Terror" . . . caving in to
Arab Violence

"According to the most recent Israel Security Agency (ISA or Shin Bet) report on Jerusalem, terror has risen dramatically in the city since then - from 22 incidents in May and June to 152 in July and August, a whopping 509% increase."


When will the Israeli establishment reverse the (American imported) leftist ideology that the victim is to be blamed, and the terrorist is to be excused.

"I turned around to face him but as I turned someone else ran out of nowhere with a two-by-four with nails in it, and began hitting me on the head." 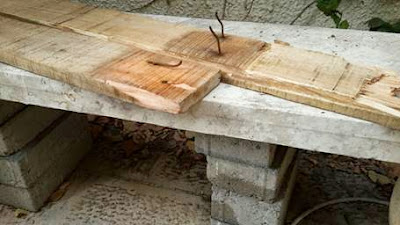 Victim of Arab attack over Rosh Hashanah says police nowhere to be found, claims victims of terror no longer able to defend themselves. Local Arab youths took advantage of the lack of police presence almost immediately to carry out what appears to have been a pre-planned ambush.

"The site, which dates back to the Byzantine era, is usually frequented by Jewish worshippers during Rosh Hashanah, and the route through the predominantly Arab neighborhood of Shiloach (also known as Silwan) is supposed to be secured by police in order to prevent any violence against Jewish pilgrims. But as the trio made their way back from the site on Friday Hanan said they noticed that instead of fanning out and securing the route, police were nowhere to be found."

"How long does it take a terrorist to run up to you and stab you with a knife? It's a matter of seconds. A soldier can't fight like that and if you're a civilian with a gun it's even worse."

"A police spokesperson claimed no specific information was available on the incident, but dismissed accusations that police were not properly deployed."

How many times does a Jew become a victim because no police were there to prevent or protect or subdue the terrorist?  Obviously the arabs knew they could get away with attacking the Jews … they knew there were no policemen nearby.

"Security assessments were made prior to the festival and extra police units were in the area to protect the visitors throughout... both in the Old City, the Western Wall area and the City of David/Shiloach area."

Whoever is in charge of security assessments should be fired for not making sure the area was protected for Jewish worshipers to perform Tashlich.

This was no ordinary day, it was Rosh HaShana, the annual day that all of mankind passes before G-d in judgment. A day that all mankind (Arabs, Jews and Jewish policemen) are judged (not by the leftist Israeli supreme court but) by the Supreme Judge of the World.


He sees all mankind
From His dwelling place
He oversees all inhabitants of earth
He fashions their hearts all together
He comprehends all their deeds.

When will the Israeli establishment reverse the (American imported) leftist ideology that the victim is to be blamed, and the terrorist is to be excused.

If you do not understand the Sykes-Picot Agreement, Beck said, you cannot fully understand the Islamic State, or why the Israelis and the Palestinians will never reach a two-state solution.

Though many go back to 1948 and the creation of the modern state of Israel when examining the history of Middle Eastern conflicts, Beck said you actually have to go back to 1916 and World War I.


“This is the last time the Arab world had a united Islamic State led by a religious leader: the Ottoman Empire, the caliphate,” Beck began. “The Allies knew the Ottoman Empire could shut down key shipping routes and cripple Britain’s economy, France’s. … They had to neutralize it. So Great Britain sent over an Army officer from Britain, and his name was T.E. Lawrence. There was a movie made about him, a great movie with Peter O’Toole called ‘Lawrence of Arabia.’”

Lawrence was tasked with convincing the Arabs to fight against the Ottoman Empire. After Lawrence promised the Arabs rule over a new united Arab kingdom of greater Syria — which encompassed present day Syria, Lebanon, Israel, and parts of Iraq and Jordan — he succeeded.

“To get to the root of the current Middle East conflict, that is your starting point,” Beck said. “It is at the center of everything that is happening today.”

“The problem here — Great Britain never intended to honor the promises that they made,” Beck continued. “They had used the Arabs in order to protect their own interests. Remember, they needed to get the Ottoman Empire out of the way.”

“The entire time Lawrence was negotiating with the Arabs, Great Britain, behind everybody’s back, was negotiating with France, and planning how they were going to actually divide up the Middle East after the war,” Beck said. “They needed to make sure there was no united Arab kingdom that would ever get in the way.”

“The Arabs were forced to accept this western European model of the nation-states because they had no choice,” Beck remarked. “Arab resentment grows in the wake of that treaty, Sykes-Picot, where they have divided everything and made new lines. They wanted — the Palestinians, the Arabs — what was promised to them — the rule of greater Syria.”

PLEASE GO TO GLENN's SITE TO READ ALL OF IT: Sykes-Picot Agreement

THIS IS WHAT ISIL IS SAYING:

Horrendous Discovery Underneath the Ground … in POLAND

"Hidden underneath the ground at a former Nazi concentration camp on the outskirts of the village of Sobibor, archaeologists reputedly found gas chambers that were intentionally hidden by Nazis after an uprising in 1943. Officials estimate roughly 250,000 Jews were killed in the gas chambers. . . ." 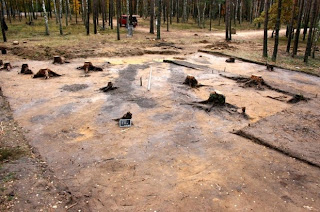 "Another archeologist involved in unearthing the gas chambers, identified as Wojciech Mazurek, offered a bone-chilling description of the concentration camp.

“The extermination of people took place there; murder by smoke from an engine that killed everyone within 15 minutes in these gas chambers, in torment, shouting,” he told Reuters Television. “It is said that … the Nazis even bred geese in order to drown out these shouts so that prisoners could not have heard these shouts, these torments.”

Very few prisoners ever made it out of Sobibor alive. Due to this tragic fact, and because German forces destroyed the camp, there is still much unknown about the infamous site."

TO READ ENTIRE ARTICLE WITH PHOTOS AND LINKS, GO HERE

(posted before Shabbat)
Posted by Neshama at 12:14 PM 4 comments:


The United Nations of nations is not doing such a great job of overseeing peaceful relationships between the nations of the world. Actually they have failed miserably and exponentially (!) in this area, but have succeeded in continually fomenting animosity toward Israel.

Pope Francis And Shimon Peres Discuss The Establishment Of A ‘United Nations Of Religions’!  I didn't know that Francis and Shimon were so close? I mean, several conversations so often. You'd think Francis would have so many important worldly things to do ... but to welcome Shimon, his ole buddy. I wonder if they spoke over a cup of tea?

Wow, next we will have a calamitous United Nations interfering in or trying to melt down all the religions of the world. I wonder just what type of 'rules of enragement' will be hyped to the Jewish Nation about what mitzvos they can or cannot observe, all for the betterment and peacefulness of world-religions?

What will the Erav Ravs and Eisavs and Yishmaelim and non-believers dream up next to attack (G-d) the only people in the world who actually are faithful to the One and Only G-d of the world?

This is such earth shattering news ... On second thought, this just might shatter the earth.

You can read all about Shimon and Francis here.
Posted by Neshama at 9:12 PM 4 comments:

This is what happens when the Jewish leaders of Israel don't stand up for our Jewish sovereignty, don't destroy an enemy that declares it wants to kill all Jews in Israel, and backs down every time Obama and Kerry telephone Netanyahu!

The world goes ballistic when Israel wants to build 2,500 more homes for Jews to live in just outside Jerusalem ...

"Credible information has reached Saudi, British and Australian agencies that two al Qaeda branches – IS in Iraq and Syria and AQAP at its base in Yemen - have wrapped up plans to roll out coordinated terrorist spectaculars around the 13th anniversary of the September 11, 2001 attacks on New York and Washington. According to debkafile’s counterterrorism sources, they are preparing to strike simultaneously in the Middle East and a West European city. Next, they will go for US targets in the Middle East and Europe." DebkaNews

So Netanyahu caves in to pressure yet again, backs down on building much needed housing for Jews ...
So the Jerusalem Municipality, read Mayor Barkat, has authorized 2,500 new housing for Arabs! (not a peep from the nations)

"The houses will be built in the Al-Sawahira Al-Gharbiyya neighborhood near Armon HaNetziv, according to Walla! News, home to some 27,000 Israeli Arabs. The expansion plan was formulated for over a year and a half, with the help of the leftist "Bimakom" (Heb: "In its place") group, which is engaged in promoting "equal rights" in matters of city planning. Nationalist politicians and city councilmen reacted with shock to the announcement, after exactly 2,500 building tenders for Jewish neighborhoods in Jerusalem, Judea and Samaria were frozen Monday by Prime Minister Binyamin Netanyahu due to US threats of a "covert building freeze."

The Erev Rav (read leftist anti-Jews) are brazenly showing their true intent of destroying chv"s the boundaries of Yerushalayim and Jewish Unity.

This is crazy," Councilor Aryeh King said, "Nir Barkat is endangering the city".