Tu B’Shevat – Birthday of the Trees 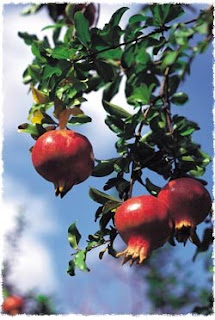 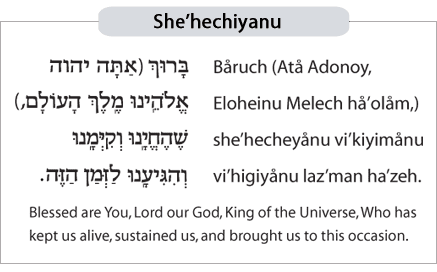 The 15th of Shevat on the Jewish calendar—celebrated this year on Thursday, January 28, 2021—is the day that marks the beginning of a “new year” for trees. Commonly known as Tu Bishvat, this day marks the season in which the earliest-blooming trees in the Land of Israel emerge from their winter sleep and begin a new fruit-bearing cycle.

We mark the 15th of Shevat by eating fruit, particularly from the kinds that are singled out by the Torah in its praise of the bounty of the Holy Land: grapes, figs, pomegranates, olives and dates. On this day we remember that “man is a tree of the field” (Deuteronomy 20:19)

1. The Tree of Knowledge

G‑d created Adam and Eve and placed them in the Garden of Eden, where they were free to enjoy all the produce except for that of the Tree of Knowledge, which they were forbidden to eat lest they “become like G‑d” and learn about evil. But the serpent convinced Eve to have some of the fruit and share it with Adam. Innocence lost, their eyes were opened to the possibility of sin, and they recognized that they were naked.1

Read: The Story of Adam and Eve

After Adam and Eve gained knowledge of sin, G‑d said: “Behold, man has become like one of us, having the ability to know good and evil. And now, lest he stretch forth his hand and take also from the Tree of Life and eat and live forever . . .”2 G‑d expelled Adam and Eve from the garden, and stationed the cherubim and the blade of the revolving sword at its entrance to guard the way to the tree which would apparently have provided Adam and Eve with the everlasting life that they had lost by eating from the Tree of Knowledge.3

Read: The Tree of Life in the Bible and Beyond

Ten generations later, the descendants of Adam and Eve had become so sinful that G‑d flooded the world, saving only Noah and his immediate family. Eager to see if the water had receded, Noah sent out a raven, but the bird did not fly far and merely circled the ark. Next, Noah sent out a dove for a total of three missions. The first time the dove left the ark, it returned without any results. The second time it returned with an olive leaf in its beak, indicating that new growth (namely, an olive tree) had begun to sprout. (The third and final time it did not return, having found rest outside the confines of the ark, indicating that the water had receded enough for Noah and his family to leave as well.)4

Read: The Story of Noah and the Ark

4. The Tree Under Which Abraham Served the Angels

Another 10 generations pass, and we are introduced to Abraham and Sarah, whom G‑d selected to be the progenitors of His chosen people. When Abraham and Sarah were 99 and 89 respectively, G‑d dispatched three angels (disguised as men) to visit them and inform them that they would be blessed with a son, Isaac. This happened just three days after Abraham had circumcised himself, yet as soon as he saw the men approaching, he ran toward them and offered them hospitality. He gave them water to wash their feet, and then seated them under a tree.5 For many generations the residents of Hebron kept a tradition regarding the identity of this tree.

5. The Tree Under Which Jacob Buried Shechem’s Treasure

Isaac’s son, Jacob, was the father of 12 sons and one daughter, Dinah. After Dinah was raped by Shechem the prince of Shechem, her brothers, Simeon and Levi, exacted revenge against the denizens of the city, who were complicit in her violation. They also helped themselves to the treasures of the city. Jacob commanded his family to remove all idols and their accessories, which he buried under a tree (of a species which bears no fruit) near Shechem. They were then ready to travel to Beth E‑l and sacrifice to G‑d there.6

Read: A Time to Kill

Just a few verses later we read, “Deborah, Rebecca’s nurse, died, and she was buried below Beth E‑l, beneath the allon; so he named it ‘Allon Bachuth.’”7 Now, what is an allon? Rashi tells us it is a plain. Others, however, identify it as a tree.

Read: Who Was Deborah the Nurse?

7. The Burning Bush Where G‑d Appeared to Moses

Jacob and his family eventually migrated to Egypt, where they were enslaved by Pharaoh, until G‑d dispatched Moses to redeem them from their suffering and lead them toward the Holy Land. G‑d first appeared to Moses in the form of a bush that was miraculously burning without becoming consumed by the fire.8

Read: Moses and the Burning Bush

8. The Tree that Sweetened Marah

Ten days after Moses led the People of Israel out of Egypt, they ran out of water and had only the bitter waters of Marah (which means “bitter”) to drink. The people complained to Moses, saying, “What shall we drink?” So he cried out to G‑d, and G‑d instructed him to cast a piece of wood (the branch of an olive tree) into the water, and the water became sweet.9

Read: The Bitter Waters of Marah

From Marah they came to an oasis named Elim, where there were 12 springs of water, one for each tribe, and 70 date palms, corresponding to the 70 elders,10 each of whom sat under another tree to praise G‑d.11 Ibn Ezra12 quotes a tradition that there were actually 70 types of trees.

Read: The Significance of the Number 70

Although not mentioned directly in Scripture, the story of Jacob’s cedars is fascinating. Months after they had left Egypt and were deep into their desert wanderings, the Israelites constructed a magnificent traveling temple (the Tabernacle) of heavy beams, held together with gold and silver fittings, and covered with tapestries and skins. Where did they get the wood? The sages say that on his way down to Egypt, Jacob had his sons plant cedar trees, which grew and flourished until they were needed.13 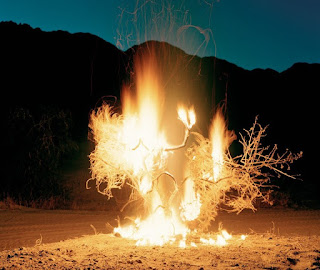 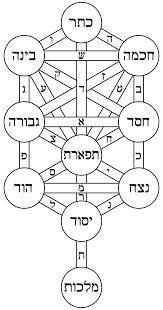 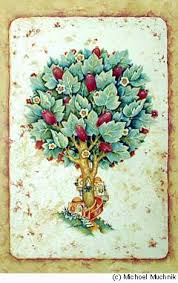 The Tree of Knowledge 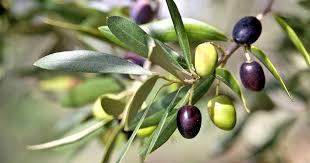 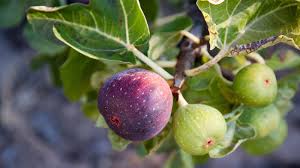 Rimon Tree Branch
Posted by Neshama at 11:55 AM

Thank you Moshe: something very informative :-)