A physician at the Boston Medical Center (BMC) suffered an allergic reaction after receiving the much-talked about Moderna vaccine. The incident, which occurred on Dec. 24, involved Dr. Hossein Sadrzadeh, a geriatric oncologist with a severe allergy to shellfish. Sadrzadeh reported symptoms of anaphylaxis similar to what he experiences with shellfish almost immediately after receiving the Moderna shot.

According to The New York Times, this is the first report of an adverse reaction linked to the Moderna vaccine, which rolled out across the United States a week before the incident. The Food and Drug Administration (FDA) is investigating similar reports of allergic reaction to Pfizer’s vaccine, which was distributed a week earlier than Moderna’s

In a statement, BMC spokesman David Kibbe confirmed that Sadrzadeh was inoculated with Moderna’s vaccine at 3:30 pm on Christmas Eve. Within minutes of receiving the shot, the doctor, who has serious allergies, had a severe reaction that required him to use his EpiPen — an auto-injectable device containing epinephrine that’s used in emergency situations to treat severe allergic reactions, or anaphylaxis. Sadrzadeh was then taken to the emergency room where he was evaluated, treated, observed and discharged four hours later.

Just days after the distribution of Pfizer’s COVID-19 vaccine began in the U.S., reports emerged of recipients suffering multiple allergic reactions. At a press conference held that same week, a total of five cases in more than one state were confirmed by the FDA, two of which occurred in the same hospital in Alaska. According to The New York Times, one of the workers who was rushed to the emergency room developed a rash over her face and torso, experienced shortness of breath and an elevated heart rate — symptoms similar to what Sadrzadeh later experienced after receiving Moderna’s vaccine.

THIS MAY PROVE THAT ISRAEL WAS NOT GIVEN THE “FULL LIST OF ADVERSE EFFECTS” OR THE HEALTH MINISTRY WITHHELD THESE ADVERSE EFFECTS FROM THEIR STAFF (and Haredi Rabbis)?

[Or this Dr was not aware of these adverse effects when she (unknowingly) validated the vaccine??] The director of the infectious disease prevention unit at Sheba Hospital, Professor Galia Rahav, Told Reshet Bet radio Tuesday night that because Israel has administered such a record-breaking amount of the coronavirus vaccine, local health authorities have recorded side effects that had not been known to Pfizer. Prof. Rahav explained that people who have been vaccinated come to the hospital with symptoms such as paralysis of the facial nerve and paresthesia—an abnormal sensation of the skin involving tingling, pricking, chilling, burning, and numbness. [Doubly doubt that source of vaccine makers did not know]

According to Rahav, these phenomena did not appear in the Pfizer study, and only after Israeli doctors had reported them to the company did they begin to appear in its reports. Rahav pointed to “the involvement of all kinds of nerves that we can’t yet directly link to the vaccine,” and noted that “at first they said it was hysterical women, but it probably wasn’t, because we’ve seen it in men, too.”

Professor Rahav emphasized that these are probably transient effects and added that it is impossible to know for sure that the vaccine causes these effects, but because it’s a new vaccine, “one has to test, learn and see.” “Only now are we learning about the effectiveness of the vaccine in real life,” Rahav said. “In everyday life, you learn different things, the efficiency is a little different. When we vaccinate 2.5 million people at once, clearly we’ll see all kinds of phenomena occurring.” 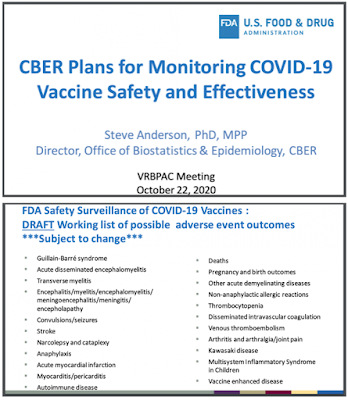 Do you think that all this vital info coming out (eventhough proof from the start was there for all to see) will end this nightmarish holocaust? Sometimes, it's hard to believe what we're reading and then even commenting on - it's surreal!

Moshe, I’m getting all this info from ArutzSheva, YeshivaWorld, and other sources and wonder why no one else in Israel reads this, considers this important, and takes it to heart. The Israeli Health Ministry is going against all these revelations, and really believes that this CVaccine is g-d’s gift to the corona. This is such a bewildering situation with strong evidence causing a wide dichotomy in science. They are even contradicting the WHO about inoculating pregnant women?? It is mind-boggling this entire episode in the history of Jews. People I know have gotten the ‘shots’ and one got the virus the week after. Another couple got the ‘shot’ a week ago, and now I’m waiting to see if either also gets the virus. Devash has written about those who knows who also got it.

I believe that Hashem brought this upon the world to clean up the immorality and get the religious Jews to ‘turn back the clock’ and return to a more authentic frumkeit and Halacha. Its such a mish-mash. IY”H more will be revealed about what we should do; however, I believe this is a precursor to the final Geula.