The Fascist Democrats have begun their PERSECUTION of republican patriots or anyone with republican sympathies, JUST LIKE THE BROWNSHIRTS, Antifa Blackshirts are roaming in NYC

Antifa domestic terrorists marched through the streets of New York City on Sunday claiming to own the public space, chanting, “Our motherf….. streets!” thegatewaypundit.com/ 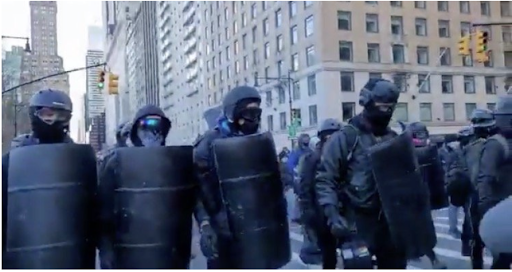 In a shocking video taken at the airport, a man is hysterical after being removed from his flight. He says that they accused him of being a “terrorist.” “They kicked me off this plane, they called me a […]terrorist,” the emotional man says. “They want to […]ruin my life.” thegatewaypundit “People who broke into the Capitol Wednesday are now learning they are on No-Fly lists pending the full investigation. They are not happy about this.” 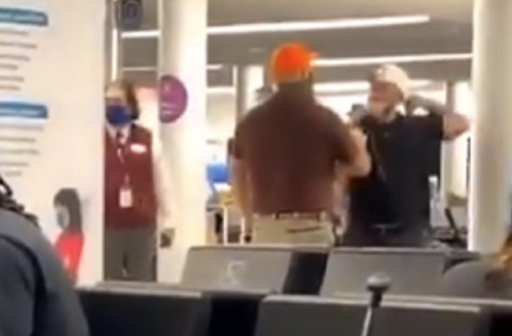 These are only a few examples.
Posted by Neshama at 8:26 AM

It began a while ago already, with amongst other things, the Trump Accountability Project (blacklisting and exclusion from jobs), and there have already been street mobs bullying diners into submission last year, leading to op eds in the British media at least, saying that this is how Naziism started. Yep, makes no difference who wins the elections, the trend is civil disorder/war regardless.

The sad thing is that in Israel, in shiurim and for example, on this last motsei shabbat, on a radio show, the host and the people calling in are talking about the geula, saying we want Jews everywhere to come home, but frum American Jews are writing either on Jewish sites or general ones, about their love of America, and rabbis in America are telling Jews to stay put. The disconnect is tragic.

There is NO COMPARISON
Can you please provide a LINK for: "Trump Accountability Project (blacklisting and exclusion from jobs)”
I think you confuse the belligerent public with maybe a worthwhile “Project”?
Waiting to hear and read more about this.

A New Organization Says It Wants to Keep Trump Appointees From Getting Private-Sector Jobs
https://www.washingtonian.com/2020/11/10/a-new-organization-says-it-wants-to-keep-trump-appointees-from-getting-private-sector-jobs/

just reported WH staff are starting to look for jobs. Employers considering them should know there are consequences for hiring anyone who helped Trump attack American values. Find out how at the Trump Accountability Project.

It's not just appointees, but Trump supporters, can't find it now, it was all over the net at the time, but a Democratic senator said that they are trawling social media and keeping lists, they might start with appointees, but they won't end with them. The Left needs to be in a perpetual state of foment. Anyway, it's very apropos, and happening as we speak. And coming soon no-flight black lists for Trump supporters. And they do know that most frum Jews supported Trump.

I can't do much about the NWO and vaccinations, but maybe, just maybe, one Jew will be influenced by a comment I wrote. For that is the call of the hour, to beg and plead with Jews in the US to come to Israel IMMEDIATELY. (I don't like shouting in comments, but for this I'll make an exception).

Just think for a minute, every day before you check the news, what is it going to be today, civil war, martial law, mccarthysim, or some formerly unimagined form of mayhem. The point is that the situation is highly unstable. If not now, when?

I wrote a previous comment to this, not showing, ... (Ialso did that translation/synopsis you requested of me, twice, and it never showed up).

Cancel culture is well-known and is all over the place.

Elisheva, I’ll search for it.