(Bloomberg) -- To cure the humans, first you get the monkeys sick. Finding the right animal as a research model for the new and deadly coronavirus is crucial for learning how to treat it. The ideal subject is a non-human primate that shows similar symptoms: coughing, sneezing, fever and chest congestion. The hunt is on in the U.S., tightly coordinated among a small coalition of labs authorized to raise monkeys for research. High hopes are riding on a troop of Texas baboons.

Covid-19 has infected at least 101,000 people and killed almost 3,500 since the world began keeping track in December, and academics, companies and governments are racing to arrest its rapid spread. Officials have said finding a therapy or vaccine could take months or years, and cost more than $1 billion. Animal experiments can discover how the virus functions and which treatments are most effective.

“It’s the only way to understand it,” said Jean Patterson, a virologist at Texas BioMedical Research Institute, a private nonprofit in San Antonio devoted to eliminating infectious diseases. Study animals are scarce, so labs avoid duplicating efforts on the same species. The University of Wisconsin’s primate center is starting with marmosets. Rocky Mountain Laboratories in Montana is working with rhesus macaques.


I don’t know about you, but I wouldn’t want anything
“monkey,  macaque or marmoset”
in a vaccine injected into my body!

Then there is the unique colony of baboons at Texas BioMedical. After eight generations of breeding, they number near 1,000, housed in zoo-like cages and a 6-acre indoor/outdoor habitat on the research campus. It’s outfitted with swings, tunnels, rock features and toys to keep the animals occupied. Baby baboons are raised by their mothers in separate harems. Twelve veterinarians and nine animal behavior experts tend to them. No animals leave the premises, but the center’s researchers regularly partner on projects with colleagues elsewhere. Its animals were used to test Ebola medicines now being deployed in Africa. “Any scientist from around the world can call us,” said spokeswoman Lisa Cruz.

As an independent nonprofit, Texas BioMedical is a rarity in U.S. research, which is dominated by university and government labs. Established by a science-minded philanthropist in 1941, the center has a Biosafety Level 4 lab -- required for working with lethal pathogens that have no cure -- and three active BSL3 rated labs, which is the level required for the new virus. It gets 80% of its annual $60 million budget from the federal National Institutes of Health. Animal studies are an essential -- but fraught -- part of scientists’ campaign against human disease. Labs are frequently targeted by animal-rights activists and the work can take an emotional toll on everyone who works with the primates, Cruz said. Federal law governs the research, mandating that primates be spared undue suffering

Just in case you haven’t seen this: 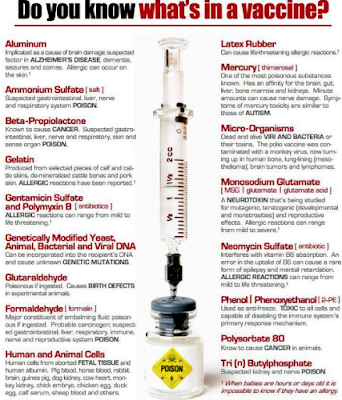