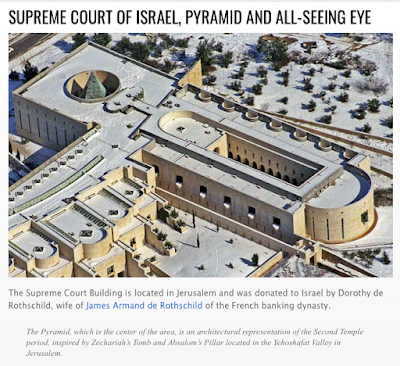 NOT AN ORDINARY BUILDING. Was the Supreme Court building in Jerusalem designed in accordance with the ideology of the secret order of Freemasons? Gilit Chomsky, a respected writer, has devoted an article to this question in Maariv-NRG.

Chomsky says that the evidence of Masonic intervention in the building's planning is hard to deny. Right at the entrance to the building, she notes, the sign thanking the donors whose funding made its construction possible features the “Eye of Providence” – a well-known Masonic symbol that represent's G-d's all-seeing eye, which also appears on the U.S. Dollar bill. Chomsky cites evidence that has been put forth by an amateur historian, Elad Pressman, in a website – Conspil.com – devoted to conspiracy theories. Pressman, 27, is a student of philosophy and mathematics. According to Pressman, the building is full of Masonic imagery, and the tours conducted through it are held in accordance with Masonic principles. Read more at link above. 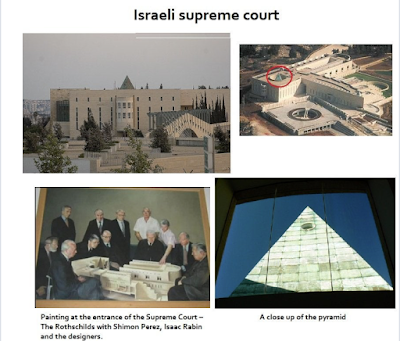 The Israel Supreme Court is the creation of one elite family: the Rothschilds. In their negotiations with Israel, they’ve agreed to donate the building under three conditions: the Rothschilds were to choose the plot of land, they would use their own architect and no one would ever know the price of its construction. The reasons for those conditions are quite evident: the Supreme Court building is a Temple of Masonic Mystery Religion and is built by the elite, for the elite.

Built in 1992, the Israel Supreme Court sits in Jerusalem, in front of the Knesset (Israeli legislature). Its peculiar architecture has earned critical praise due to the architects’ opposition of old versus new, light versus shadow and straight lines versus curves. Almost all  critics and  journalists have however omitted to mention the blatant occult symbols present all over the building. Masonic and Illuminati principles are physically embodied in numerous instances, proving without a doubt who runs the show in there. Read more of the Sinister Sites at transmissionmedia. 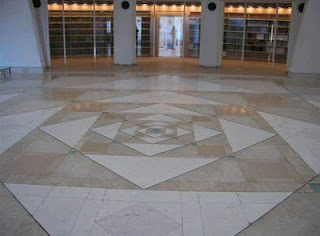 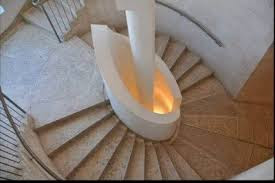 In the middle of the stairway is the shape of a vesica piscis (representing female genitals) “penetrated” by a column (phallic symbol). This is an obvious fertility symbol, a union of the male and female principles. Numerous occult temples insert a fertility symbol in their lower floor (see the Manitoba Legislative Building or Washington Capitol). But wait, there’s usually a rotunda along with the fertility symbol. This is the Dorothy de Rothschild grove. The obelisk is the most commonly used and the most blatant occult symbol used throughout the world. 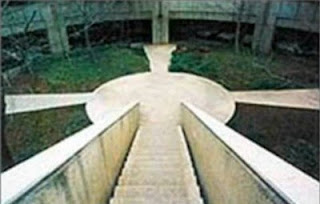 At the center of the parking facilities are pathways shaped like Christian cross. Jerry Golden has mentioned that this cross has been specifically placed to be trampled on by visitors.
Posted by Neshama at 11:31 AM

There ne truth to what she writes and the evidence is there because I've read about this in a number of places. R'l, in our holy Eretz Yisrael. Unbelievable!