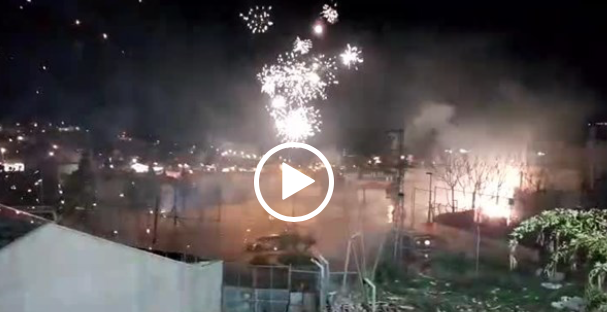 “Just minutes ago, Muslim terrorists opened fire with multi-barreled firework [shooters], firing for three minutes straight at Jewish homes on the Mount of Olives,” wrote King in a Facebook post.

“I call on Justice Minister Amir Ohana and Public Security Minister Gilad Erdan to push legislation which will permit those being attacked by fireworks straight at their bodies or their homes for more than 10 seconds (which shows that it is intentional) to open fire against those committing the terror attack, shooting to kill.”


This insanity has to be curtailed and terrorists severely punished

How can you undo the insanity when there are no sane leaders? All over, it seems the inmates are in charge of the asylums, r'l. When there is no law and order, there is no civility. Let's pray that they'll wake up!