Fish are Gone From Alaska Fishery

Readers may wonder why I bring such information to my blog – It’s because there is going to be a deadly FOOD SHORTAGE because nefarious entities are ruining (destroying farming) the world’s natural food chain, the one that was given to us by G–d. These folks are anti-G–d, anti-earth, anti-sanity.

Fish ALL GONE! Gulf of Alaska Fishery to Close for First Time Ever, Sea Birds Affected In Mass 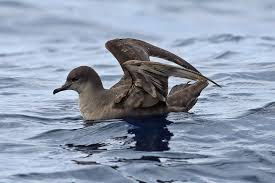 Extremely low cod numbers have lead feds to close the Gulf of Alaska fishery for the first time ever. In an unprecedented response to historically low numbers of Pacific cod, the federal cod fishery in the Gulf of Alaska is closing for the 2020 season. It’s a decision that came as little surprise, but it’s the first time the fishery was closed due to concerns of low stock. “We’re on the knife’s edge of this over-fished status,” North Pacific Fisheries Management Council member Nicole Kimball said during talks in Anchorage Friday afternoon.

Is this truly the case? Are there other factors involved? Anything like 5G or Fuku Radiation tied in??