NIBIRU and Her Orbiting Satellites 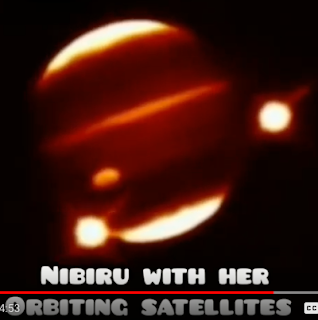 MR MBBB333 BACKING ME [THE NEMESIS STAR SYSTEM INC ] UP ON ALTITUDE AND SIZE..

The objects in the footage are parts of the comet..