Naftali Bennett Addresses the Persians and the World’s Nations

(It finally rained a little early this morning)


[things are getting accomplished under the new DM.
what was Netanyahu afraid of all these years?]

Defense Minister Naftali Bennett approved on Monday the planning of a new Jewish neighborhood in the wholesale market complex in Hebron. JPost

The market buildings will be demolished as part of the construction of the new neighborhood. New stores will be built in their place, though the rights of the Palestinians to the properties on the ground floors will remain theirs. 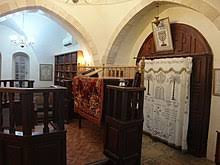 The location of the new neighborhood will create a sort of territorial continuum from the Cave of the Patriarchs to the Abraham Avinu neighborhood and will double the number of Jews in the city. 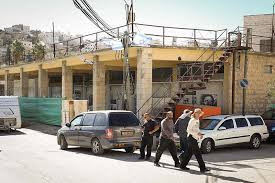 The decision was reached after numerous discussions between Bennett and the Coordinator of Government Activities in the Territories, the Public Service Administration, the Shin Bet and other security agencies.

The market area was owned by Jews until the 1929 Palestinian Riots. The lands were since abandoned and therein taken by the Jordanian king, until 1967 when they were returned to Israel.

The Hebron municipality built a wholesale marketplace on the land, which was active until the 90's. Bennett ordered that all property above the ground-floor marketplace must be "returned to Jewish hands," according to a statement by Bennett's spokesperson.

The Jewish community in Hebron lauded the announcement, saying that it thanked Bennett “from the bottom of our hearts” for a decision which they said “will restore Jewish life to Jewish property in Hebron.”

The community added in its statement to the press that “removing the land of those who were murdered from the hands of the murderous mayor of Hebron” is a matter of “historic justice” for which the Jewish people had been waiting for 90 years.”


(former IDF Benayahu said it would take many, many years . . .. that’s because of the “stalling” tactics of the Israeli inept bureaucracy = the arabs get buildings up in no time!)

These comments were a reference to the 1929 Hebron massacre in which 67 Jews were murdered and the land where the new neighborhood is to be built eventually seized by the Jordanians and used to establish a wholesale market.

"Everyone who comes there understands the absurdity of leaving the place desolate and the injustice of avoiding the return of stolen Jewish property to its owners. We're committed to continuing to develop the Jewish community in Hevron and settlement in the Land of Israel as a whole."
Posted by Neshama at 8:54 AM

B'H, he's on to a good start. May he go from strength to strength in this direction!
The memshala should be revamped by first eliminating the bureaucratic messes, so normalcy can be implemented.