THE MORAL TEST OF ISRAEL AND THE WORLD

THE MORAL TEST OF ISRAEL AND THE WORLD
by Hanan Shai

These attempts to breach the fences which defend Israel are not peaceful in intent, but rather – as Israel’s enemies openly declare – to kill Jewish soldiers and civilians and conquer Israel. 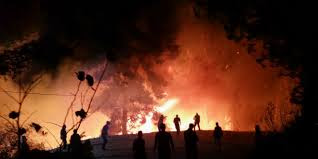 Israel has been for many weeks under attack from tens of thousands of demonstrators, so-called innocent civilians – in fact thousands of “human bombs.” This is an updated version of a satanic weapon the Palestinians were the first to introduce to the Middle East, in the year 2000.


UPDATE: Huge fire rages in Sderot
Fire erupts near Sapir College in Sderot due to terror kite launched from Gaza. Firefighters gained control over two additional fires. They won’t stop until they are mowed down.

These attempts to breach the fences which defend Israel are not peaceful in intent, but rather – as Israel’s enemies openly declare – to kill Jewish soldiers and civilians and conquer Israel.

We hold that killing true civilian demonstrators without attempting beforehand to contain them is immoral. However, to facilitate the murder of Israelis by failing to use lethal force is immoral as well.

The moral code of “he who rises to kill you – rise first to kill him” calls the individual to take action to prevent his own murder; if he fails to do so he participates in his own murder, violating the commandment “Thou Shall not Murder.” This commandment is directly linked to the sanctity of life which is at the top of the moral scale of Western culture.

Attempts to impost on Israel restraint that leads to the murder of Jews is not only immoral, but a way to force upon Israel, whose forefathers introduced to the world the concept of the sanctity of life, the ancient Mesopotamian death culture.

The Palestinians were the pioneers of returning it to the Middle East and from there it spread swiftly to the United States, European capitals and the rest of the world.

The conflict at the Gaza border is a basic cultural one, as was the historical struggle in the past to prevent the breach of “Hadrian’s Walls,” the failure of which sent Europe into 500 years of darkness.

The fences of Gaza do not merely separate Israel and the Palestinians, but also civilizations. 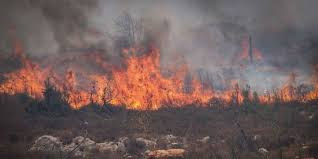 Israel is today the most forward outpost in a battle to protect the heritage of truth and sanctity of life from the domination of the world by a culture of lies and the sanctity of death.

The moral toolbox of cultures in which life is held sacred lacks the tools to cope with the inhuman behavior of those whose survival instinct has been neutralized and who therefore cannot be deterred.

To defeat this attack, and prevent the spread of this chaos to the doorsteps of other countries requires strong support for Israel based on understanding and valuing its genuine efforts to avoid killing and wounding the enemy, but without sacrificing the lives of its soldiers and civilians. At the same time, the inhuman behavior of the Palestinians must be condemned.

Support for Israel today is support for the heritage of the culture of life. Condemning it or making hollow statements calling for “restraint” enhances chaos, strengthening those seeking to spread the culture of death and pave the way for its domination of the world.

Israel is not facing this moral test alone.

JPOST by Hanan Shai. The author is a professor of political science and international relations at Bar-Ilan University.

After reading the above, please view this video of Rabbi Kessin shlit”a on the Error of Donald Trump. Rabbi Kessin all along has posited that Trump was elected in (put into) office to protect Israel from the Nations, to help Israel achieve independence, and in a way accelerate the Redemption process unfolding. In this video he warns that Trump must do what he is supposed to do or else Trump is in for a disaster. To even mention a ‘peace process’ is anathema to his purpose in office. Also, the Rabbi suggested that, Trump needs to tell Jerusalem (the capital of Israel) that they are handling the Gaza riots entirely wrong, that when someone comes to kill you, you rise up and kill them first (a Torah Gemorrah, Sanhedrin). And woe to the Nations of the world, their day of great retribution is coming.