IS THERE ANOTHER WAY TO DEAL WITH GAZA?

TWO EXCELLENT WRITERS ON THE
KITE WAR
Iranian Blood Money, Palestinian Blood
Why is Gaza erupting now, aiming rockets far from the area where it tried to kidnap soldiers and break through the fence?
an excellent article by Dr. Mordechai Kedar
A significant escalation in the situation prevailing at the Israel-Gaza border took place this week. The prattle about demonstrations and attempts by "returning" Gaza residents to infiltrate Israel was replaced by missiles and mortars on a level not seen since Operation Protective Edge in 2014. [. . .]

The immediate question is why?
Why is this erupting now? 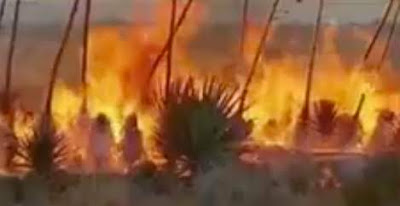 Is it a reaction to the direct hit the IDF carried out on an Islamic Jihad observation post of in Gaza, eliminating the three terrorists inside it? Or are there other factors behind this escalation?

Another question is: Why are Hamas and Islamic Jihad working together on this after a long period of tension between the two? And why are they operating beyond the area near Gaza from which they tried to kidnap Israeli soldiers?

For years now, Israel has been acting with a large measure of freedom against Iranian presence in Syria, bombing various targets and eliminating soldiers and officers, with Iran doing almost nothing to avenge the blood of the tens of Iranians killed in these bombings or the damage to Iranian military infrastructure in Syria. The reason Iran has not reacted to Israeli strikes is its inferior military intelligence and operational ability. Israel has inflicted serrious damage on Iran's ability to protect itself and using the new anti-aircraft systems it brought into Syria. Israel destroyed them as soon as they arrived, before they were activated and before they became operational.

Israel also proved its exceptional intelligence ability, because its attacks on Iranian forces were exactly aimed and successfully pinpointed. [. . .]

However, what really frightened the Iranians the most is the fact that Russia observed everything Israel did to the Iranian forces in Syria without lifting a finger to come to the aid of the Iranians. The Iranians could not help noticing Netanyahu arriving in Moscow every few months, sitting with Putin for hours, coming out with an almost set declaration praising the understandings between Russia and Israel and hinting that Israel has received a carte blanche from Russia, a glowing green light to act against Iran to its heart's content. The coordination between Netanyahu and Putin infuriates Iranians, as it is evidence of Russia's betrayal of Iran after Iranian soldiers' blood was spilled like water in the ground war against the anti-Assad rebels.

[. . .] The astute, decisive and wide-ranging use Israel evinced in integrating miitary intelligence and operational power . . .resulted in the Iranians deciding to lower their profile, swallow their pride and humiliation, and refrain from any direct actions against Israel.

The question to which I have no answer is whether Israel has any way of proving without doubt that Iran is behind the escalalation in the south. If Israel obtains proof, the question is whether Israel decides to make Iran pay a price for this escalation at the Gaza fence.

WHO LEADS ISRAEL?
The cabinet – and the Knesset – must take ameliorative action against the security brass to end their subversion of our duly elected leaders (Caroline Glick)

Israel has a problem with its security brass. And this week we received several reminders that the situation needs to be dealt with.

Since the Hamas regime in Gaza announced in March that it was planning to have civilians swarm the border with Israel, through this week’s Hamas-Islamic Jihad mortar and rocket assault on southern Israel, the IDF General Staff has been insisting there is only one thing Israel can do about Gaza.

According to our generals, Israel needs to shower Hamas with stuff. Food, medicine, water, electricity, medical supplies, concrete, cold hard cash, whatever Hamas needs, Israel should just hand it over in the name of humanitarian assistance. . . Let’s shower them with stuff.

[. . .] Thanks to Pardo and Dagan, Iran’s nuclear expansion went on unimpeded. Thanks to Pardo and Dagan, then-US president Barack Obama had a clear path to negotiate his 2015 nuclear deal with the mullahs that gave them an open path to a nuclear arsenal by 2025 and $150 billion to finance their regional aggression. Last week, they voted to freeze the amendment and retain all power to declare war, even in extreme circumstances, in the cabinet’s hands.

[. . .] Given that the normal interpretation of the phrase, “power to declare war,” would not include “power to order a strike against an enemy state’s nuclear installations,” no one made the connection between the amended law and the subversive behavior of two Mossad directors. No one realized that the purpose of the amendment was to prevent insubordination at the top levels of the security community. No one realized that the move was a means to ensure Israel’s elected leaders have the minimal authority they require to order the military and the intelligence services to take actions they deem necessary to ensure the national security of Israel.

[. . .] “It seems problematic to me that the head of the most secret security organization we have is describing the [national security] decision-making process. And the fact that he placed doubt in the legality of the orders he received from Israel’s prime minister seems deeply problematic to me.

Erdan added, “If security or intelligence officials began questioning their orders, I assume they did great damage to Israel’s deterrence. Everyone who undermined Benjamin Netanyahu’s ability to advance his policies toward Iran over time has been deeply wrong.”

Rather than consider new ways to handle old threats, the IDF repeated the tactics it has used to inconclusive ends for the past decade.


The cabinet – and the Knesset – must take ameliorative action against the security brass to end their subversion of our duly elected leaders. A first step in that direction would be to unfreeze the amendment to the war declaration law and give the prime minister and defense minister the ability to stand up to insubordinate commanders.