Police To Use TSA-Style Scanners To Spy On People In Public Places
TSA-style body scanners are coming to public spaces, and that should scare the hell out of everyone.
by Tyler Durden ZeroHedge, Via MassPrivateI blog

If you thought the NYPD's Z-Backscatter vans and police mini-Z's were intrusive, you have not seen anything yet. Soon, nowhere will be safe from Big Brother's prying eyes, as police prepare to use HEXWAVE to spy on people in public spaces. [. . .]

As Fox Now 13 reported, police will use Liberty Defense's, HEXWAVE to spy on people at mass gatherings like concerts, malls and stadiums.

Over the past two years, I have warned people that TSA-style body scanners were turning public transit into mirror images of our airports by watchlisting and flagging suspicious people. But I could never have imagined that law enforcement would be putting them in malls and places of worship. If you do not believe Fox News, then perhaps you will believe Liberty Defense, which openly admits that they want governments and businesses to put their 3D scanners in every public venue.

If you are still not sure about law enforcement's plans to scan the public, then perhaps you will take the Utah AG's office word for it. According to the AG's "Memorandum of Understanding" police plan to use HEXWAVE to scan the public for two years, in but not limited to: 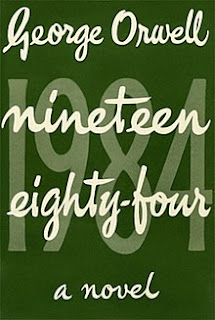 What does that mean? It means that law enforcement will be measuring public resistance to being scanned 24/7. [. . .]

We must stop the spread of TSA-style body scanners before they are put in public transportation, convenient stores, public parks, etc.

___________________________
‘1984” – Nineteen Eighty-Four, often published as 1984, is a dystopian novel by English writer George Orwell published in June 1949, whose themes center on the risks of government overreach, totalitarianism and repressive regimentation of all persons and behaviors within society. Wikipedia

*I wonder who created this stealth spyware? Visit libertydefense
Posted by Neshama at 9:38 PM

This is in line with what Rav Anava said regarding, chalila, a shoah in america, that this time technology will be used to control people.

Rabbi Anava was correct, and there is much much more. The vaccines tie into this too. If one has their eyes open and can do a proper assessment, the signs are all there.