*The Writing is on the Wall (twitter)
Are We Going to See a Repeat of These Famous Words of the Prophet Daniel (Ch 5:1-31)
[Khameni is pushing it and his days are numbered] 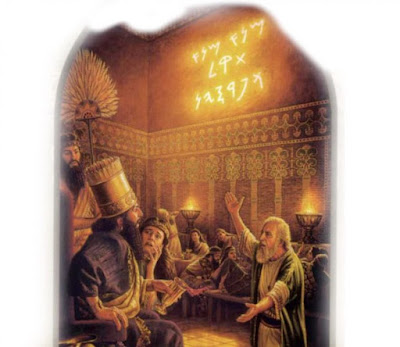 King Belshazzar holds a great feast for a thousand of his lords, and commands that the Temple vessels from Jerusalem be brought in so that they can drink from them, but as the Babylonians drink, a hand appears and writes on the wall.

Belshazzar calls for his magicians and diviners to interpret the writing, but they are unable even to read them.

The queen advises Belshazzar to send for Daniel, renowned for his wisdom. Daniel is brought in, and the king offers to make him third in rank in the kingdom if he can interpret the writing. Daniel declines the honour, but agrees to the request.

He reminds Belshazzar that Nebuchadnezzar's greatness was the gift of God, and that when he became arrogant God threw him down until he learned humility:

"the Most High God has sovereignty over the kingdom of mortals, and sets over it whomever He will." Belshazzar has drunk from the vessels of God's Temple and praised his idols, but he has not given honour to God, and so God sent this hand and wrote these words:

"MENE, MENE, TEKEL, UPHARSIN" and interprets them for the king:

"MENE, God has numbered the days of your kingdom and brought it to an end;

TEKEL, you have been weighed ... and found wanting;" and

"PERES, your kingdom is divided and given to the Medes and Persians.

Then Belshazzar gave the command, and Daniel was clothed in purple, a chain of gold was put around his neck, and a proclamation was made… that he should rank third in the kingdom; [and] that very night Belshazzar the Chaldean (Babylonian) king was killed, and Darius the Mede received the kingdom 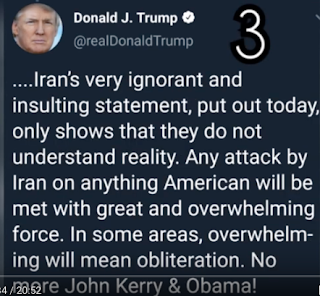