THE EGG
By Roy S. Neuberger

Several years ago, at this season, I heard a moshul from Rabbi Naftali Jaeger Shlita”h, Rosh ha Yeshiva of Sh’or Yoshuv, in the name of the Ishbitzer Rebbe: The egg is an integral part of the Yom Tov of Pesach. On the Seder plate, it is keneged the Korban Chagiga. In addition, we eat an egg as part of the Seder meal.

My friends, there is nothing else like an egg. Most animals are born once, but birds are born twice! First, the egg is laid by the mother. But the chick is still inside and must peck its way out. This is intense labor; some birds even develop an external “egg tooth” to peck from the inside. When the egg cracks, the chick emerges. This is the second part of the birth process.

So it is with the Children of Israel! We are also born twice, physically on Pesach and spiritually on Shavuos!  In Mitzraim we were born physically. When we left, we were still at the level of mem-tes sha’are tumah, carrying a slave mentality, unprepared to receive the Torah. We then marched forty-nine days to Har Sinai, under the leadership of Moshe Rabbeinu. By the time we arrived, we had shed enough impurity to enable us to receive the Torah. We had “cracked the shell” of our enslavement to the culture of Mitzraim. On Shavuos we broke out!

This is the two-part process of our birth.

Now that Shavuos has passed and we have accepted the Torah, is the process finished? Not at all! Our spiritual growth now enters a new and crucial phase.

The little bird has emerged from its shell. It is furry and cute, but it must learn to fly! Its stubby wings are incapable of lifting it. It may fall out of the nest! Its mother teaches it to trust its wings. Finally, it is ready to take off!

Off it goes, tentatively at first, then stronger, and soon it is soaring upward on the wind. Seemingly, it can reach the heavens!

On Shavuos, we emerge from our shell. We have wings of Torah, but we don’t know how to use them. As we grow spiritually, we find that we can soar above the world. If we are going to live as Hashem intended, then we are going to have to use those wings to soar upward toward the heavens, above the traps and troubles which beset those who cannot fly above this world.

This is our avoda: to allow Hashem, through His Torah, to remove us from darkness and the shadow of death. It is time to strengthen our wings of Torah and elevate ourselves over the tumah so that we can lead the world back to the state of purity in which Hashem created it. 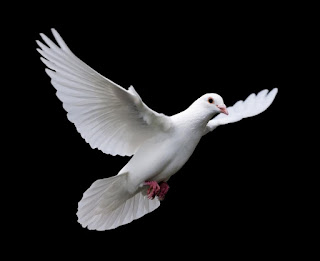 This post is included in Shiloh Musings: Jewish Israeli Blog Roundup Sivan, 5779, June, 2019, along with some other interesting blog posts.

Have a Great Week

I tried to share this dvar as I usually do on FB but they blocked it saying it does not meet their community standards. I think maybe you might need to protest to FB. I have appealed.