Which "seven days" are these? The seven days of Creation.

What caused the MOON to look like the SUN!
Unedited Beautiful Photograph 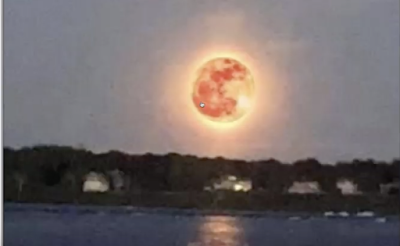 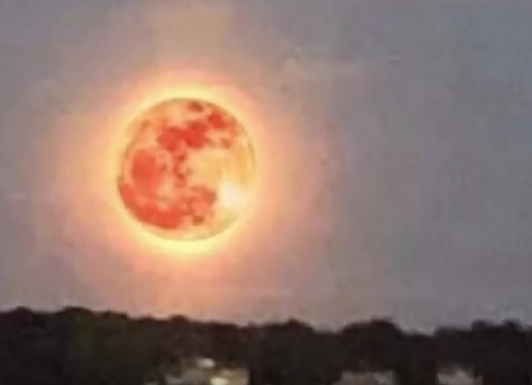 CONTINUATION OF THIS FASCINATING TORAH FROM Chabad:

Rabbi Yehuda said: This refers to the seven days of 'inauguration/miluim' [of the First Temple].

The moon…too will be a luminary….

Certainly [the verse refers to] the seven days of inauguration, for then the world will be completely rectified and the moon will return to its fullness without blemish [just as it was in the days of the First Temple]1

I just happened to have watched that video this past hour and immediately thought of the same thing! He did explain it as dust from the small part I listened to but I just got a feeling that prophesy will continue to be partially fulfilled like this until it is done in full. It is just a taste to get us to pay attention to the changes.

Miriam, you must listen to the next new shiur of Rabbi Kessin.
PHENOMENAL!

Please send a link or date of the video to which you are referring.
I also had similar thoughts when listening a short video about a worm similar to the Shamir. Again, it's not the same like this moon wasn't really like the sun but it gives me hope for more and more to be discovered which backs up Torah and goes against what scientists assume is true. There's a reason we are seeing these things happen more and more. It gets me excited for the real truth to come out. See this: