'Corona Effect': Immigration to Israel expected to double in 2020 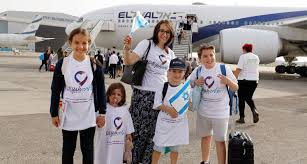 The number of new immigrants moving to Israel in 2020 is expected to rise significantly, largely due to the coronavirus pandemic, a senior official from the Jewish Agency told the Knesset Wednesday morning. MK David Bitan (Likud) was chosen Wednesday as the new chairman for the Knesset’s Immigration, Absorption and Diaspora Committee arutzsheva

Josh Wander, founder of the ‘Bring them Home’ organization says . . . “My goal is to get people on planes” […] “I think people should get on the next El Al flight and come to Israel.” That’s why Wander established the ‘Bring them Home’ organization. The new initiative is designed to educate and inform orthodox communities in the diaspora about the importance of bringing the Jewish people ‘home’ to Israel. And it’s all based on teachings from the Torah. 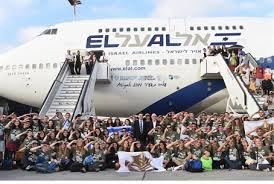 […] Nefesh B’Nefesh, an organization that facilitates Aliya (the process of relocating Diaspora Jews to Israel) reports an all-time high in the number of new aliyah requests, with over 800 households applying online to move to Israel in the next few months.

Letters from the Shaken

“People are feeling it. Whether is be corona or the riots and antisemitism. It’s the first time Jews in the west are shaking in their core” Wander said. Since launching a campaign targeting North American Jews, Wander has received hundreds of letters from all over the US and Canada. Many asking how to make Aliya while others contact him to argue over the Torah’s perspective on Jews remaining in the exile.

The Safest in the World?

[…] Additionally, Wander believes that Israel is the safest place for the Jewish people. He backs up this claim with a Midrash (Bilbical commentary) which states that in the end of days, Israel is going to look like a hurricane to the rest of the world. And people outside of Israel will say how dangerous Israel is because it looks like a hurricane. But those who are in Israel, will be in the eye of the storm where it’s safe.”  Excerpts from breaking news

Ken yirbu. Now just add another few noughts to those 800. Be"D. Jews have to leave now. Since Pittsburgh the warnings have been coming loud and clearer and clearer. Now it's SOS Aliya.