WHO MISSED THE OPPORTUNITY HERE?

NOW, WHAT DOES THAT MEAN??
US officials say Israel will not be given a green light to apply sovereignty over 30% of Judea and Samaria, according to report.

YOU MUST BE KIDDING??
Jordan Valley not included in sovereignty plan?
Its OFF THE MAP??

LOOK WHO IS PULLING THE STRINGS?
And Israel is on the other end!!

"Prime Minister Benjamin Netanyahu called on the Palestinian Authority to enter negotiations based on US President Donald Trump’s peace plan, saying he and his government were prepared for talks, days before he is expected to annex parts of the West Bank with Washington’s approval.”

“I encourage the Palestinians not to lose another opportunity, not to waste another century trying to destroy Israel,”

“HE and his government”? Is this His country? It's not His private property. The country belongs to the people of Israel. What about the people of Israel, were they asked what they want?
And the falshi-tinians, they may even want to live under Israel’s annexation because it means a better life for them.

“Washington’s approval”? Not according to the above.

Here is the Map of the Judah (Yehuda) and Israel (Shomron), much of which has been in our recent Parshiot Edom, Moab, Ammon and the Philistines. Notice where Edom is, and Petra within (not in Jordan): 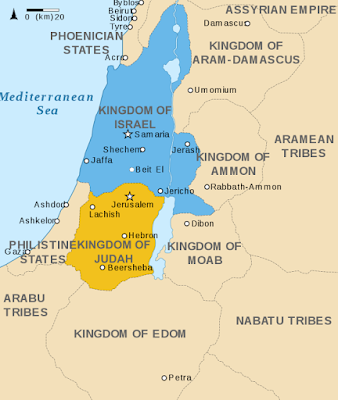 And here is the map of modern Jordan (and the Jordanian ‘King’ wants to steal the Jordan Valley from us! 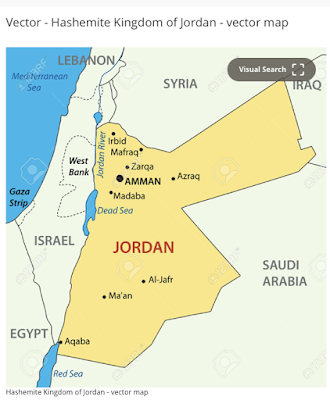 WHAT WILL BE OF LITTLE ISRAEL HANGING ONTO A TINY STRIP NEAR THE MEDITERRANEAN??

Sources: arutzsheva and timesofisrael and JPost
Posted by Neshama at 2:23 PM

H' must be very, very angry so HE is punishing the State and the world with this evil virus, but when it comes to the Land of Israel, now in these end times, am sure that Hashem, in His Infinite Mercy and Love for His people, His Torah and His Holy Land, He will NOT allow even a grain of sand to be given to any nation, entity, etc., etc. The ones following this foolishness will regret not doing teshuvah and not learning from their mistakes. Wake up, all Jews, to the reality that only G-D Almighty runs the world!

Baruch HaShem. This was all a falseshtich. Saying YEAH! to 10% of Judaea & Samaria, plus the remaining
20% (I.e. the Jordan Valley) was tantamount to relinquishing 90% of Judea Samaria, HaShem’s promise to
Am Israel, and cradle of it’s history. This act should ensure the American “leadership” a lifeline -קיום- for likely a few more months. Another chance to do teshuva. The ball is in OUR court, and always has been.