a woven study of intrigue and egoism of unethical proportions

Oh, the financial intricacies of the Medical Profession poisoned
by the WHO and CDC over Finances
(Below is what I put together to give some perspective to the “current situation”.)

A top Israeli infectious disease specialist has said that she believes that hydroxychloroquine is ineffective in treating COVID-19. The drug has been under investigation worldwide, including in the United States, after US President Donald Trump called it a “game changer” in the fight against coronavirus. Galia Rahav, head of the Infectious Disease Unit and Laboratories at Sheba Medical Center, Tel Hashomer, told The Jerusalem Post that at the onset of the coronavirus pandemic, her team treated some patients with hydroxychloroquine and enrolled others in a clinical trial that involved the drug. [DID SHEBA M.C. DO THEIR OWN TESTING? NO] 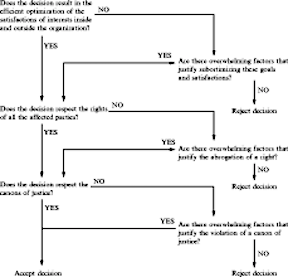 When was it administered?
In combination with ZPak and Zinc?
Or only by HCQ?
Early on or After symptoms progressed?
Were the patients in the latter stages of disease?

Hydroxychloroquine is currently in use for the treatment of autoimmune diseases worldwide, such as lupus and rheumatoid arthritis, and has been used for years to treat malaria. However, Rahav said that “summarizing the data, we don’t think it works [for COVID-19] and we are not using it.” Rahav was reacting to a question regarding the decision this week by the World Health Organization (WHO) to pause recruitment for the hydroxychloroquine arm of its Solidarity Trial while it evaluates the safety data. JPost

The Defense Ministry-run Institute for Biological Research has found two drugs used to treat a genetic disorder known as Gaucher’s disease are also effective against the coronavirus and potentially other viruses as well, the laboratory announced Tuesday.

As one of these drugs — Cerdelga — has already been approved for use by the US Food and Drug Administration and the second — Venglustat — has almost completed the approval process, they may be fast-tracked for use with COVID-19 patients, the Defense Ministry said. timesofisrael

An equally applicable drug to treat Malaria is not OK? A drug that treats infection in the blood? CV inhibits the patient’s red blood cells to transport oxygen; and this is what caused medical treatment to focus on respirators (NY) which caused death; instead of administering much-needed oxygen. Will this become the “second fiasco” with the first being the Cuomo Nursing Home blunder.

Malaria and Your Red Blood Cells: Malaria parasites go through a series of steps on their way to causing disease in humans. When a malaria-carrying mosquito bites a human host, the malaria parasite enters the bloodstream, multiplies in the liver cells, and is then released back into the bloodstream, where it infects and destroys red blood cells. hhmi. This is why hydroxychloraquine with ZPak and Zinc work to cure CV: "Dr. Fauci has known for 15 years that chloroquine and its even milder derivative hydroxychloroquine (HCQ) will not only treat a current case of coronavirus (“therapeutic”) but prevent future cases (“prophylactic”).” [NOTE: chloroquine is the drug that could affect the heart; not the milder form of HCQ. This is what Ms Rahav is overtly dismissing.]

NOW WE COME TO THE DEADLY LANCET STUDY:

Scientists are raising questions about a new study suggesting hydroxychloroquine is deadly.
The Questions are:
TO whom was chloroquine administered?
At what stage in the patients disease was CQ administered?
Was HCQ used in the test?
Why was the dosage of CQ so HIGH?
Was an anti-bacterial given also?
Was Zinc included?

Dr Zelenko was adamant that HCQ must be delivered in the first five (5) days to be truly effective; otherwise, at a later time it was deadly. So there!

In his NIH Study, Dr. Fauci has known for 15 years that chloroquine and its even milder derivative hydroxychloroquine (HCQ) will not only treat a current case of coronavirus (“therapeutic”) but prevent future cases (“prophylactic”). [AND IT WAS KNOWN THAT CQ ALONE CAN CAUSE HEART ISSUES, NOT HCQ. So why use it in a study?]

Are you surprised that this rahav would come up with the same unethical and false conclusion? It's not surprising as the SOI is just another globalist entity at this time, r'l. What is MBY/MBD waiting for? H'-Rachamim, Please.

She didn’t even do any testing; just relying on the WHO and CDC