President Trump Did NOT Have a Heart Attack: 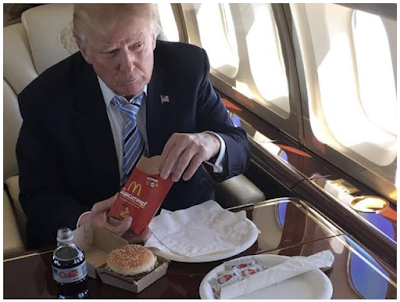 Jones just said his WH sources tell him that the reason behind Trump’s visit to to Walter Reed was over concerns that a slow acting poison may have been administered to Trump.

This is a time activated poison that would give them time to clean up food, dishes, etc, so they have a lead time.

Apparently one of his Secret Service food tasters became very sick from some substance in the food  (how sad that we’re at that point).

This is why he sends people out to get food at various restaurants – because of poisoning concerns. Jones says they don’t want to shoot him or assassinate him openly because they don’t want to make him a martyr. They want to poison or drug him so they can activate the 25th amendment.

Apparently there have been many attempts on his life and Jones says that a young Secret Service agent died in Scotland from something similar to cyanide poisoning. The agent was apparently very fit, and served as a food taster – had a stroke and dropped dead.

This is where we’re at people, impeach him or kill him…..