“The devastating and horrific fires that we have seen, particularly in New South Wales but also in Queensland, have been absolutely chilling,” 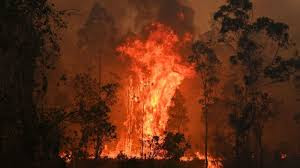 Around 1,500 firefighters were battling more than 70 fires across Australia’s most populous state, New South Wales, with the most intense in the northeast, where flames were fanned by strong winds, Rural Fire Service Commissioner Shane Fitzsimmons said. 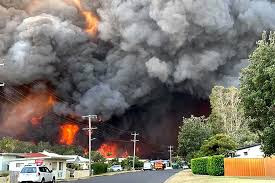 In Queensland, around 50 wildfires were raging on Saturday. At least one house was lost, a firefighter suffered a broken leg and 6,000 residents were evacuated from three communities in the state’s southeast, police said.


WHILE BACK IN CALIFORNIA:

PGE is under investigation as blackouts roll across California, leaving many residents in the dark for an indefinite amount of time. The blackouts are the power giant’s solution to dangerous sparking power lines caused by high winds. These sparks have been blamed for many of the wildfires that have devastated California and caused billions of dollars in damage.

[…] Their solution to the “problem” of burning down homes with sparks from their power lines is to simply shut off power to thousands of their customers in California. This major inconvenience comes without much recourse for their customers. As blackouts stretch for hours and even days, their customers are without basic utilities such as water, household appliances, phones, and even running water. They have low cell phone batteries with no way to charge them, no way to wash their clothes, and – significantly – no way to keep their food in their refrigerators from spoiling. [not to mention the people who died because their life-saving medical equipment was SHUT OFF]

“These events can be hard on people, really hard on people, particularly people who have struggles anyways and there are community-based things you can do, food banks, these kind of things. But for us, you know the main thing is we didn’t cause any fires, we didn’t, for these people we didn’t burn down any houses, the Kincade fire is still under investigation, I got that, but one of the things we did was give them the opportunity to actually refill their refrigerator ’cause their house is still there.” (source)