David's Mighty Warriors (also known as David's Mighty Men or the Gibborim; Hebrew: הַגִּבֹּרִ֛ים‎ ha-Gibbōrîm) are a group of 37 men in the Hebrew Bible who fought with King David and are identified in 2 Samuel 23:8–38, part of the "supplementary information" added to the Second Book of Samuel in its final four chapters. (wikipedia) 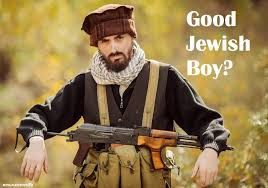 SO, WHY ARE BEARDS FORBIDDEN IN ISRAEL’S IDF?

Israel’s Army is supposed to be a JEWISH ARMY composed of Jews, but we find that many are Gentiles.

The IDF is PREVENTING anyone from following the religious customs of Am Yisrael. They say “religious” is one category, but “observant” or “traditional” is not. But Dafka the IDF tries to expose young Jewish soldiers to “other religions” foreign to the laws of our Jewish  Heritage. Why the schizophrenia? (wikipedia)
Since when is the IDF the arbiter of WHO IS RELIGIOUS (whatever the degree of observance) 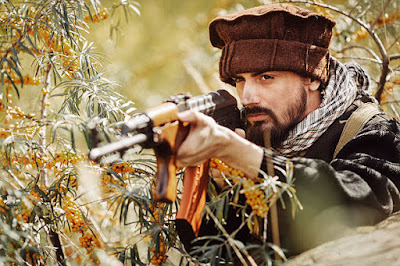 IDF doesn't recognize 'Traditional’?
Kfir Brigade fighter B. has been careful since reaching Bar Mitzvah age, as part of his religious faith, not to shave or cut his hair during the Omer countdown from Passover to Shavuot.

According to this morning's report on Army Radio, this meticulousness cost him twenty days in prison.

B. defines himself as "Traditional". Every year he has asked his commanders permission to observe the custom, and this year he did as well. But in response to this request he was told he was not defined as a religious soldier and would have to shave. After refusing to accept the order, he was tried and sentenced to the stockade.

His brother Itai expressed anger at the decision and said it reflected contempt for traditional soldiers. "The IDF must understand there's a large population called Traditional and they should be allowed to uphold their faith. Traditional Jews aren't second-class Jews. My little brother is a traditional man from a traditional family. He's been keeping the Omer count since the age of 13. The IDF can't define whether he's religious enough or not to observe the mitzvot."


Full article at arutzsheva
Photos appeared in an article on LazerBeams Pashtuns
at May 07, 2018