Hamas Leader Promises Protests Will Be ‘Wild, Tens Of Thousands Ready To Die’

The Center of Palestinian Media, Hamas' media wing, published a video clip threatening to murder the residents of Jewish towns near the Gaza border.

"To the residents of the Gaza Belt area: A word is a word. The Palestinians are flowing unstoppably and breaching the border. We advise you to leave your homes and evacuate without hesitation," the video clip says.

"Kites are just the tip of the iceberg. Anyone who remains will bear the full consequences. You've been warned!!! We will breach the border and reach the towns, and we will not die alone.” ArutzSheva 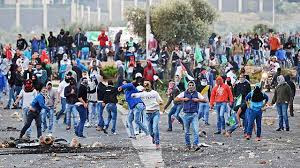 'Nakba,' or catastrophe, is the term used by Palestinian Arab organizations such as Hamas and the Palestine Liberation Organization to refer to the creation of the State of Israel on May 14, 1948.

The leaflet states: "Recently, Hamas has been waging violent and terrorist activities against the State of Israel along the Israeli-Gaza border. Hamas hides its many failures and endangers your lives. At this time Hamas is stealing your money and using it it to dig tunnels at your expense. You deserve a better government and a better future.” ArutzSheva 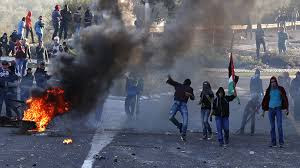 The rioters on Friday set fire to the sole pipelines for gasoline and diesel fuel into the coastal enclave, a conveyor belt for building materials and conveyor belts used to bring some 2000 tons of animal feed into Gaza each day.

On Sunday, the smell of diesel fuel still hung in the air around the crossing. 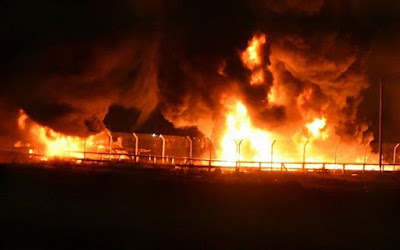 The fuel lines will take weeks to repair, according to assessments by Israeli and Palestinian engineers. There is no alternative for the pipelines. For now, fuel can only be brought into Gaza from Egypt’s generally closed Rafah Crossing, which was opened following Friday’s ransacking.