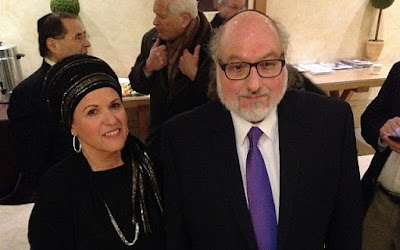 Prime Minister Binyamin Netanyahu is working on an agreement to have Jonathan Pollard brought to Israel a week before the March 2 elections, a Times of Israel (TOI) report said, quoting a Likud source who spoke to Zman Yisrael, TOI’s Hebrew sister sit

Former Israeli spy Pollard told Channel 12 News in an interview in August that he asked Netanyahu to use his influence to convince US President Donald Trump to allow him more freedom in order to care for his ailing wife Esther. Esther Pollard is seriously ill with aggressive breast cancer and Pollard explained that he doesn’t have the freedom to properly take care of her since all his restrictions are like a “virtual prison.”


For A Jew, “Home” only means Eretz Yisrael

“I can’t take care of my wife properly now because I have no freedom of movement,” Pollard said in August. “I’m not mobile. If she needs something in the middle of the night, I can’t leave home. Esther has been fighting for my life for 30 years. Now it’s my turn.”

“I ask Netanyahu to personally contact President Trump and request relief on my terms of release,” Pollard said. “I’m confident, hopeful that Netanyahu can make this call. I was told by Netanyahu’s office that he would get involved. I can’t imagine Netanyahu not making an effective call. I can’t imagine Trump refusing.”

["before elections” the PM thinks this will help him??]