Bennett: Our goal is to prevent all illegal PA construction in Jordan Valley
DM Bennett tours Jordan Valley. 'I am not the UN. I am fully in favor of the settlements.’
[he speaks like a prime minister]

The tour began in Moshav Tomer during a visit to a pepper packaging house in the moshav. The packaging house, which employs about 150 Palestinian Arabs, presented them a glimpse of the fight against the BDS movement and the marking of products from Judea, Samaria and the Jordan Valley. Throughout the visit, the minister and Chairman of the Yesha Council tasted of the finest agricultural produce in the Jordan Valley.

Thereafter, they continued to observe the town of Petza'el from Highway 505. The observation provided the minister with a comprehensive overview of Arab construction and the massive takeover of state land in Area C. Subsequently, the minister passed through the emergency center of the Joint Valley to the Council and the IDF, where they heard about the daily work of the hotline staff.

Minister Bennett ended the tour with a professional meeting with the heads of the local authorities in the Yesha Council.

Bennett said: "I will start from the end: I am not from the UN. I am fully in favor of settlement, this is my policy. As Minister of Defense, I have a clear position on expanding settlement in Judea and Samaria in the quickest, best and most powerful way. In Area C, there is a campaign here and we are on the scene. I have defined the mission of IDF and the security system to prevent all illegal Palestinian construction. This is political construction with the aim of gaining as much of our land as possible. Our goal is to build and maintain as much as possible in Area C. Our policy and the commander's spirit are very clear.” arutzsheva


While viewing the area from an observation point in the town of Petza'el, Bennett said that there had been an "enormous" amount of illegal Arab construction activity in the area, 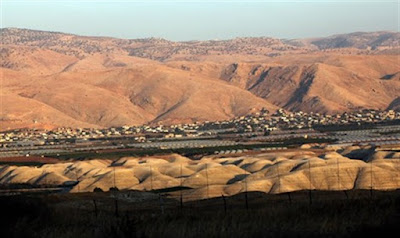 and that it is Israel's responsibility to demolish the unauthorized buildings.

Photo depicts the Silent Takeover by Arabs of our Jordan Valley

"There is an enormous amount of illegal Arab construction in Area C all across Judea and Samaria and in the Jordan Valley. It is our obligation to demolish this construction, which is intended to take our land from us.” arutzsheva


B”H Maybe he will do something about it? 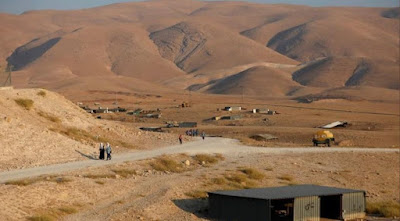 In a statement, Turkey's Foreign Ministry says Organization of Islamic Cooperation to meet in Jiddah to discuss "Netanyahu's statements on the intention to annex [the] Jordan Valley and the illegal settlements in the West Bank.” The Organization of Islamic Cooperation will hold an extraordinary meeting on Sunday to discuss Israel's announcement of its intention to annex areas of the West Bank, the Turkish Foreign Ministry said on Saturday. israelhayom

Prime Minister Benjamin Netanyahu said on Tuesday he would annex the Jordan Valley, a large swathe of the West Bank that Palestinians want as part of a future state.

Middle Eastern nations and European powers have expressed alarm at the plan, which Netanyahu said he would implement if he wins a closely contested election next week. Arab foreign ministers also condemned the plan on Tuesday as "aggression" undermining any chance of a peace settlement with the Palestinians.

In a statement, Turkey's Foreign Ministry said the OIC would meet in Jeddah to discuss "Netanyahu's statements on the intention to annex [the] Jordan Valley and the illegal settlements in the West Bank."

Around 65,000 (illegal) Palestinians and 11,000 Israelis live in the Jordan Valley and northern Dead Sea area, according to the human rights group B'Tselem. The main Palestinian city is Jericho, with around 28 villages and smaller Bedouin communities.
Posted by Neshama at 1:48 PM