Dave Dobbs on NIBIRU
Perigee Has Just Occurred With 7.7 Jamaican Earthquake
(skip ahead to 17 and then over the ‘religious' outpourings to the topic here, he discussed correlations of flybys and earth events)

“per·i·gee"
noun ASTRONOMY
noun: perigee; plural noun: perigees
the point in the orbit of the moon or a satellite at which it is nearest to the earth.

Coincidentally – “Deal of the Century”! 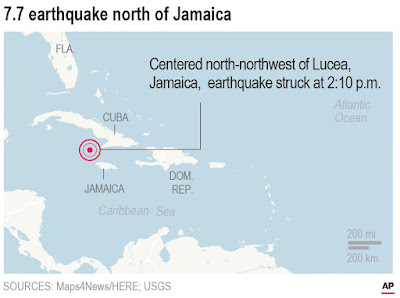 BBC  A powerful 7.7-magnitude earthquake has struck in the Caribbean, prompting brief tsunami warnings and office evacuations as far away as Florida. The quake hit between Jamaica, the Cayman Islands and Cuba at a depth of 10 km (6.2 miles), the US Geological Survey (USGS) said on Tuesday. Buildings shook and tremors were felt across the Caribbean, but there were no immediate reports of casualties. Some offices were temporarily evacuated in Miami and parts of Jamaica.

Affected from Mexico to Miami 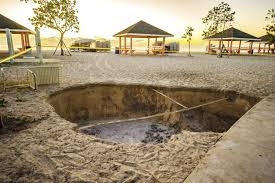