Was this latest lobbing of 800 rockets a ’test run’ to judge distance, aim, and casualties?
“They” started the war and they ended it on their terms
Where did these rockets come from? (one guess)
How did they get into Gaza? (tunnels anyone or Sinai)
If 800 were a testing, how many remain to threaten War? 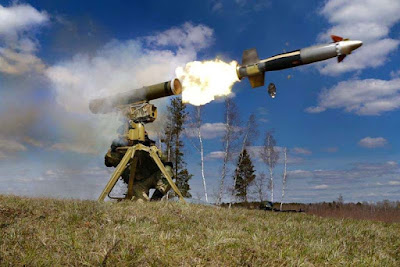 Israeli journalist and military editor and senior defense analyst for Walla, Amir Bohbot, on Sunday afternoon tweeted: “Hamas and the Islamic Jihad have taken out of storage the most advanced Kornet missiles, and are threatening the main traffic arteries in the western Negev next to the Gaza Strip. This is a serious threat.

Earlier on Sunday, Israeli media reported a driver had sustained serious injuries in his car which he was driving through a junction in the western Negev.

But besides its feature as a fire-and-forget guided missile, which affords Hamas and the Jihad a much more accurate targeting capability than the rest of their arsenal, the 9M133 Kornet is a modern man-portable anti-tank guided missile intended for use against battle tanks.

The Kornet missile can also target and hit slow and low-flying helicopters.

All of which suggests that Hamas and the Jihad are preparing for a final encounter with the IDF, which has begun to mobilize its armored corps into the Gaza theater.

The IDF latest tank, the Merkava Mark IV and its variants, was battle tested in Gaza in 2014. The Merkava IV has been designed for rapid repair and fast replacement of damaged armor, with modular armor that can be easily removed and replaced. The engine can be replaced in field conditions within 30 minutes. The tank has a high performance air conditioning system and can even be fitted with a toilet for long duration missions.


(is this really necessary – for our enemies to read?)
The removable modular armor is used on all sides of the Merkava IV, including the top, and a V-shaped belly armor pack for the underside. This modular system is designed to allow for damaged tanks to be rapidly repaired and returned to the field. Because the rear armor is thinner, chains with iron balls are attached in order to detonate projectiles before they hit the main armored hull.

The Merkava Mark IVm (Mk 4M) is equipped with Windbreaker, a military active protection system (APS) for vehicles. It intercepts and destroys incoming missiles, rockets, and tank HEAT rounds with a sniper-like blast.


Photo and article from JewishPress