Doctor Who Saved Lives Is Being Smeared 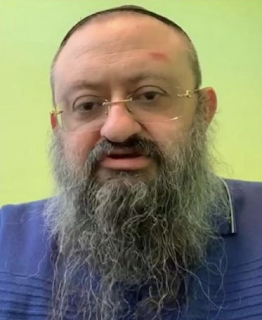 This poor man has been haunted ever since he stated how he cured his patients with HCQ.

Because of the Lashon Harah in this article that contains how smear tactics and misinformation can ruin a person, and how a community can be mislead by trouble-makers. This is the same sort of vindictive and viciousness that attacked Dr. Mikovits.
vosizneias


NOTES:  Hydroxychloroquine (HCQ), which has been used in high dosage on millions of patients worldwide since its FDA approval in 1934 and 1955, with an excellent success rate.   Dr. Vladimir Zelenko used HCQ with Azithromycin, a $20 treatment, on 669 patients, with a 100 percent success rate, their breathing restored within 3 to 4 hours.


UPDATE:  (from Breaking News)
The announcement comes just days following President Trump’s unexpected announcement on Monday that he himself was taking hydroxychloroquine as a prophylactic. Trump even referenced Dr. Zelenko as the inspiration for the treatment. It was that medication that took Dr. Zelenko to international prominence after prescribing it to his Covid-19 patients in the close-knit community.

But his decision to leave appears to come from some powerful politicians in Kiryas Joel with a sinister agenda. Dr. Zelenko accused the town’s leaders of orchestrating an array of investigations against him. Zelenko released the names of three of them — Gedalye Szegedin, the town administrator; Mayer Hirsch, a developer and Joel Mittelman, the chief executive of the main health care provider in Kiryas Joel, and Zelenko’s former employer. Zelenko went so far as to blame them for the deaths of 14 residents who died of coronavirus after spreading false rumors about the doctor as well as accusing them of not acting swiftly enough to close the town’s synagogues and schools during the pandemic’s outbreak.

Hirsch has been accused by local residents of bribing NY governor Andrew Cuomo after a group of entities connected to Kiryas Joel gave $250,000 to Cuomo’s campaign. The “donation” came just a few days after after the governor vetoed two bills generated by the Kiryas Joel annexation controversy. Leaders of the community vehemently opposed the bills.

In an interview with the Forward, Szegedin denied all of Zelenko’s accusations, and added that he, Mittelman and Hirsch were mulling legal proceedings against Zelenko for libel.

At the conclusion of his video, Zelenko wished Kiryas Joel residents long life, good health, financial success, and that they should all live to see the return of the Messiah — a customary message among some members of the Chabad Hasidic community, of which Zelenko is a part.

Readers Comments:
It is a sad day for Klal Yisroel if a great Physician that has contributed so much to the welfare of his patients has to leave because of Sinas Chinum!!We all need to examine ourselves if we are free of this travesty. In perek last week he saw that if you stand by idly when a Yid is wronged it is just like you did the wrong yourself. Dr. Zelenko needs to hear from Klal Yisroel. He is hurting only because one or a few of our Brothers did wrong. We should all be showing support for a Man as noble as Dr. Zelenko.!!!

Dr. Zelenko deserves our respect. Hundreds of deaths were avoided because of Dr. Zelenko’s medical regimen for COVID. He is the Schliach from Hashem to bring healing to the sick! Dr. Zelenko, you have our blessing for good Life, Health, and Hatzlacha in everything you do! Klal Yisroel thanks you!!

There's probably a number of reasons for this disgusting display from a group that belongs to a chareidi sect. #1, a lot could be because the good doctor is a Chabadnik (the Chabad chasidim, whom they seem to despise); #2, believe there are even erev rav within the ultra chareidi sects. Many have no affiliation to other Jews as they consider other Jews, not to be real Jews. #3, What frum Jew who should understand right from wrong would vote for the leftists (all to get freebies) for whom they usually vote for, even when it's detrimental for Israel and the Jews. Also, the Torah teaches us that 'from within your midst will come your worst enemies' and we have plenty of them starting from the usual liberal leftists, the secular Jews who know nothing and, r'l, some chareidi Jews who care nothing for other Jews. I should make it clear that these types are the exceptions, but cause so much harm that they make a bad name for all the chareidim and just cause more anti-semitism.
These words are harsh but why should non-Jews have to get an impression of internal hatred when these above mentioned chareidim actually publicize and bad mouth other Jews. What they have done here with this good doctor is not only loshon hara but slander. If they are true Jews, they should do teshuvah and ask forgiveness.

LTC: “I've wasted my life and medical career. I feel ashamed and woefully inadequate“
YOU ARE SO CORRECT LTC. YOU JUST DONT GET IT! A SELF CONFESSION!