An estimated 4,000 firefighters, 125 aircraft, and 350 Montana National Guard troops have battled 40 wildfires across Montana this summer; which collectively have scorched about 655,171 acres, with 23 of those fires still burning. The most destructive of these was the Lolo Peak Fire which claimed the lives of two firefighters and has burned 39,719 acres. The Lodgepole Complex Fire in east-central Montana was the largest of the summer, coming in at 270,723 acres.
Historic Fires / Historic Floods
Evacuees "Never seen anything like it”

September 3, 2017: Wildfires are burning at a furious pace, devouring over a million acres and everything on those acres, forcing evacuations, burning entire ranches and farms. 100's of homes and buildings burnt and the CA Governor declared a State of Emergency for Los Angeles and Los Angeles County as wildfires are growing to never before seen size and strength, forcing 100's of evacuations.

The same situation goes without any saying, as you all well know a 1000 year flood just took place over Houston, Beaumont and most of the entire SE Texas landscape and parts of Louisiana, dropping in some places between 40 and 50 inches of rain Turing the environment into a "Water World", submerging everything in its path in water. 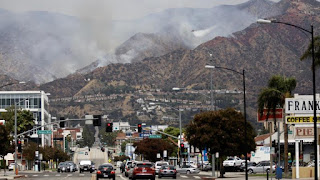 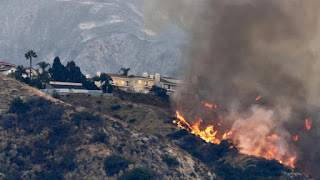 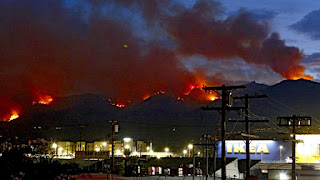 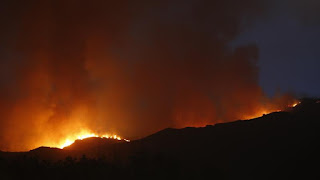 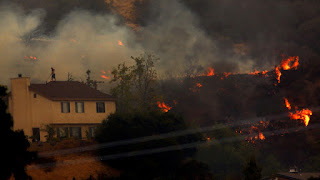