Massive Lake of Molten Carbon Discovered Under the US

"Upper Mantle Melting”
Is this a Gigantic Catastrophe in the Making? 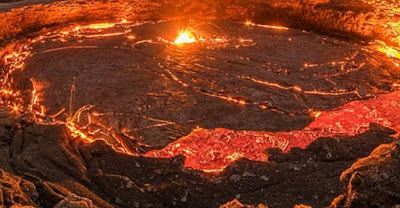 * * * * *
"[A]ll countries, all Presidents and Heads of Governments: If you go against the Holy land, if you want to harm Israel and the Jews in Israel, or take parts of the land of Israel: the Creator, under oath, will hit them immediately, within a few days, with severe blows that did not exist until now from the time of Egypt to now, because free will in the world has been decreased and the Creator wants to install his reign on this earth.” R’ Nir ben Artzi 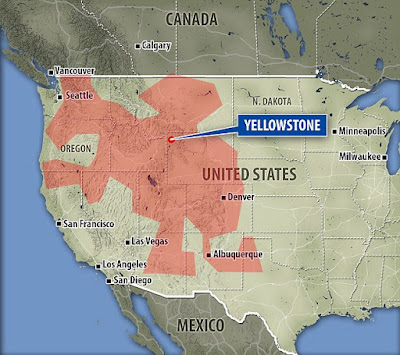 The deep carbon reservoir discovered will eventually make its way to the surface through volcanic eruptions and contribute to climate change albeit very slowly, but a sudden release could have dire consequences.

The study, conducted by geologists at Royal Holloway University in London, used a huge network of 583 seismic sensors that measure the Earth's vibrations, to create a picture of the area's deep sub surface. Known as the upper mantle, this section of the Earth's interior is known for by its high temperatures where solid carbonates melt, creating distinctive seismic patterns.

What they found was a vast buried deposit of molten carbon, which produces carbon dioxide and other gases, situated under the Western US, 217 miles (350km) beneath the Earth's surface. As a result of this study, published in Earth and Planetary Science Letters, scientists now believe the amount of CO2 in the Earth's upper mantle may be up to 100 trillion metric tons.


Why It Could Spell Disaster
Upper Mantle: ScienceDirect

Government severely misjudged strength of Oroville emergency spillway, sparking a crisis. “There is no way to rationalize running water down a hillslope with deep soils and a forest on it and weak bedrock,” said Jeffrey Mount, a UC Davis emeritus professor of geology and expert on California water. Federal and state officials said the cause of the spillway’s near-failure was under investigation.

Two small Earthquakes were recorded near Lake Oroville in the last 24 hrs, which appear to be a result of the fast lake level changes, and the subsequent release of pressure from water weight. Note the two yellow dots on the USGS map below: 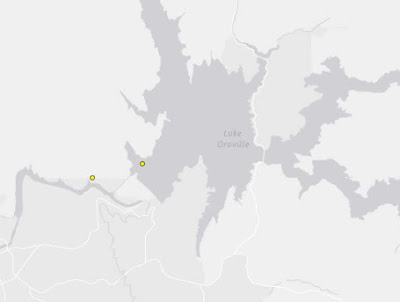 The predicted earthquakes due to extreme lake level change have started. 2 in the last hour. 300,000,000 pounds of water has been removed in two days, that will cause the earth to jiggle a bit. These were predicted and should not cause any problems.

FLOOD FEARS RENEWED AS CALIFORNIA BRACES FOR ANOTHER STORM
Posted by Neshama at 12:20 PM