The final days of the Ottoman Empire: 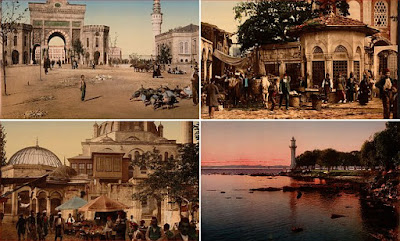 For the first time, colour has been added to the pictures, taken in the 1890s, which show the day-to-day life and ancient architecture of a city which controlled vast areas of Europe, North Africa and parts of Asia. Constantinople, before it was renamed Istanbul in 1930, was the Turkish capital and a crucial international trade route, integral to the Ottoman Empire.

Ive separated a few and enlarged them: 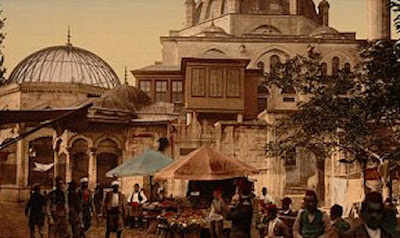 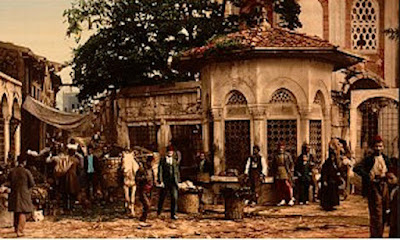 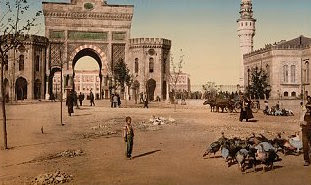 Source for all: DailyMail (no link cause of ‘other' pics)


A very interesting video, I found among some comments to a Jewish Press article; however, youtube does not allow one to embed the video, so here is the youtube address [https://www.youtube.com/watch?v=s9Wn-yVV3zo] to find the video. I recommend watching it because it is excellent in explaining the period after the above, and also the history of where the palestinians came from. Here is the description under the video:

"This video dispels certain myths concerning the origin of the name 'Palestine' and of the 'Arab Palestinians.' It documents that the 'Arab Palestinians' are in fact mostly from other places, and migrated to what is now Israel at the same time as the Zionist Jews, many of them because of the economic boom that the Zionist Jews produced in what was then British Mandate Palestine. The Zionist Jews did not steal the "best" land from Arab landowners but in fact purchased abandoned desert and swamp land from absentee Arab landlords who were quite eager to sell. This was explained by Hajj Amin al Husseini himself. Husseini, father of the Palestinian movement, launched his fourth terrorist attack against the Jews of the Mandate in 1936-39. The violence was so great that the British sent a team to investigate. When questioned, Husseini admitted that the Zionist Jews had not stolen anybody's land but in fact had bought it. In fact, Husseini had been among the major consolidators and sellers of land, and growing tremendously rich by it."