Who else, but by the East Jerusalem Trash
If this is accurate, this is a “warning” to all Jerusalem Residents. The Robbery was in the middle of a very Jewish Religious area. Unbelievable, the chutzpah of these brazen, bold and ruthless Pere–Adam, who stab settler youth in order to incite the Israeli IDF, Police, and Shabak!


VIOLENT ROBBERY:
Elderly Woman Beaten And Robbed By Arabs In Her Jerusalem Home
[i saw this on yeranenyaakov and was flabbergasted]

A Jerusalem district police spokesman reported on Wednesday that an elderly woman was beaten and robbed in her home. The assailants fled the scene and police have arrested four suspects in the case.

According to the report, the robbery and assault took place on January 9, 2019, when police received a report of a violent robbery on Ohelei Yosef Street in the capital.

DO YOU KNOW WHERE THIS STREET IS? 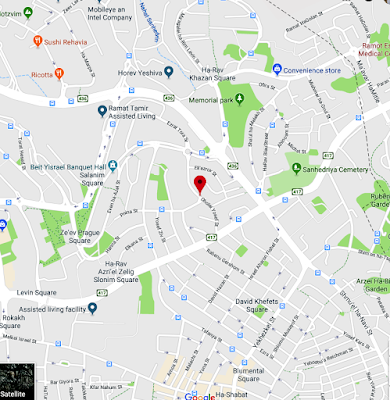