HAPPENING NOW
Disturbing footage of evacuation with boy seen sitting on ground and border policeman kneeing him as he cries out in pain.
arutzsheva video . . . Video below

Here is a good look at the youth 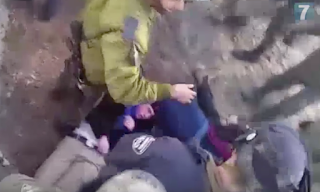 Here you see the youth reeling in pain 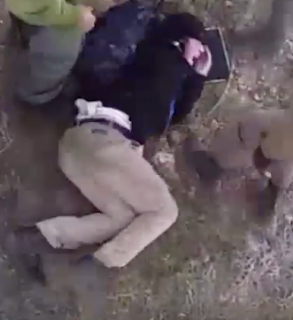 Here we have the Jewish (?) Police attacking the youth 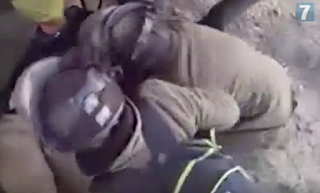 The residents of the community of Amichai, which was built to house those evacuated from Amona last year, stated in a letter to Arutz Sheva that they refuse to vacate the structures they erected in the area of ​​the settlement of Amona and submit to an ultimatum that the State Prosecutor's Office presented them two days ago. 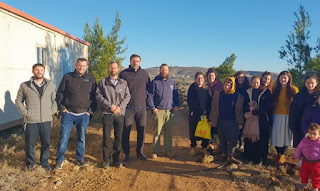 The State Attorney's Office informed several of the evacuees that if the buildings were not dismantled within 48 hours, they would be confiscated. This is despite the fact that the land was legally bought.

The residents bought the land for several million shekels, and the deal was approved by the Civil Administration, but also requires the approval of the political echelon, including the prime minister and defense minister. Both titles are currently held by Prime Minister Netanyahu, who does not intend to act on the matter.

Last week, Attorney General Avichai Mandelblit condemned the construction of the buildings and the mass immigration to Amona [. . .]

Article and Screen Shot from arutzsheva

The evacuation of Amona taking place at this hour.

"Apparently the prime minister's election campaign begins with the evacuation of Jews from their land," the party noted sarcastically and emphasized, "The houses in Amona were purchased legally."

"The prime minister could solve the bureaucratic problems with a wave of his hand and strengthen the settlements. Instead he preferred to continue the tradition that he allotted his entire term and dismantle Jewish settlements,” arutzsheva

Who is this man?