The Strange Second Life of Israel's Black Goats
A 70-year-old law has been reversed, clearing the way for grazing ‘kids' to play in the dirt again. 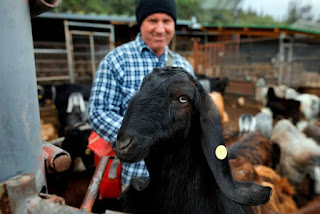 Thought to cause environmental damage, the goats were barred from forests and woodlands after a law passed in 1950. Their intensive grazing was believed to stimulate biodiversity loss. Other countries in the Mediterranean imposed similar legislation on the black goat species.

Not surprisingly, the ban led to a decrease in the population of black goats, who go by the scientific name of Capra hircus. By some estimates, their number has fallen from 15,000 45 years ago to around 2,000 today.

The ban has just been repealed

Last week, Israel began the repeal of the law that limited the black goats. They are joining other countries in the area to reintroduce them. The goat population is expected to prosper, which, we're told, is udder-ly fantastic news. Turns out, they're good for the environment. Though the original law restricted them to reduce harm to forests and other wooded areas, recent studies have shown that these goats are actually beneficial. Their grazing would thin out undergrowth that can fuel devastating forest fires. By eating dry, flammable bushes and shrubs, the goats can help reduce the risk of fire. Now that's something to be thankful for.

Source: Article by The Grape Vine, and Photos as captioned, viewed on TimesofIsrael.

ALSO: From Haaretz 11/2017: Israels Cabinet is backing efforts to reintroduce the black goat, also known as the Syrian goat, into the countrys forests, woodlands and nature reserves as a way to regulate natural vegetation and prevent forest fires after banning them from grazing there almost 70 years ago for being harmful for the growth of forests and fauna. The Ministerial Committee for Legislation agreed to a repeal of the 1950 Plant Protection Law, also known as the Goat Damage law that defines the goat as harmful to forests and woodlands.

AND: Grazing (Milking) Goats: The Ramat Hanadiv herd, which grazes for four hours a day on natural pasture, is comprised of Baladi goats, Shami goats and goats that are a hybrid of Alpine goats – which have a relatively high milk yield – and the two local varieties. The mothers teach the offspring what not to eat and whats okay to eat, and when – and the key parameter isnt genetics, its their environmental education. If the mother grazed here in the park, shell pass on that knowledge to her offspring. Thats why its very important for the young goats to go out to pasture with the mothers, explains Landau. (also on Haaretz) 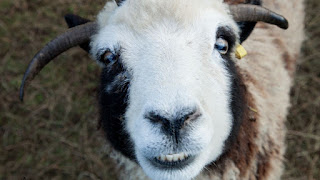 AS OF JANUARY 2017 THE JACOB SHEEP FLOCK HAVE BEGUN ROAMING AND GRAZING THE MOUNTAINS OF ISRAEL, THE FIRST TIME THIS EVENT HAS OCCURRED SINCE THE TIME OF THE PROPHETS 2500 YEARS AGO once again.
Posted by Neshama at 11:01 AM

Really enjoy when you write on the subject of the sweet shepsalach and tzigelach! Brings warmth to the Jewish nehamah.