Since BG and his gang of the insane are creating apparatus’s to remove carbon dioxide from the atmosphere which will remove oxygen, lessen (and kill off) the growth of greenery, which supplies oxygen and food, we all need to fill up with nutrient rich healthful houseplants to replenish our inside breathing supply of oxygen.
Around the house: Plants Purify Air,
Create Calm, and Beautify Spaces 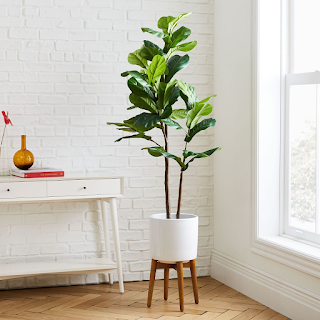 But more importantly, a plant can naturally improve the air quality in your home. While humans bring in oxygen and breathe out carbon dioxide, in contrast, plants absorb carbon dioxide and give off oxygen.
Shockingly, stems, leaves, branches, and wood also absorb sound waves*.
Homeowners, who live on busy streets can reduce background noise in their homes by placing larger plants around the house.
Before heading to a nearby plant store, plant enthusiasts should first consider where plants of what sizes will best fit. Houseplants, which last much longer than cut flowers, only require weekly watering and infrequent pruning. Watering plants regularly at the same time, like every erev Shabbos, helps to ensure that your plants get their weekly drinks.
[…] Just catching sight of a succulent plant, providing a pop of color against white walls, can reduce stress by engaging one’s senses and providing a simple, cheerful sight.

Source article and pic:  https://www.boropark24.com/news/around-the-house-plants-purify-air-create-calm-and-beautify-spaces
__________________________-
But do they mitigate the waves of five gee exposure??
UPDATE:  * Being that they are made up of alot of water, like humans 70%, they can absorb EMF radiation; which is not good and not the remedy, for EMFs. However, for your oxygen and breathing, they are great. So keep them away from the bad stuff.
Posted by Neshama at 8:40 AM