SPECIAL: They Keep Trying to Silence the Voice of the Jewish Heart

They Keep Trying to Silence the Voice of the Jewish Heart
What is the End Goal of the Erev Rav? 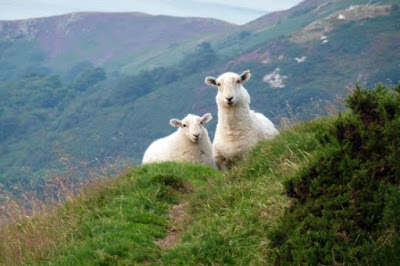 It appears that the sole objective of the erev rav is to silence the Voice of the Jewish Heart. They attack us from every direction. What is the end goal: elimination of Torah Jewry. What are their methods: arrests, detentions, trials, slander and..get ready...encouraged assimilation.

Yes, the erev rav forbids anything related to Judaism to be made available in the schools but encourages all things related to Christianity (see recent events in Tel Aviv and Hertzylia). They do not want the children to be "Judaized." Even the IDF encourages missionaries and restricts Rabbis.

Now, they come after Lahava who has saved and is saving thousands of Jewish women, some very young, who find themselves lured into abusive relationships with Arab men. What is the crime? In the eyes of the erev rav, intermarriage is just one of the many channels through which they destroy Torah Jewry. It reminds me of Australia. The government sponsored and implemented a program whose purpose was to eradicate the original inhabitants of Australia. How would it be done? They would "breed" out the race. This is what the erev rav wants to do through their encouragement of intermarriage and harassing of all those who fight for HaShem to save every Jewish child.

May Moshiach please be revealed soon. In the meantime, we must Resist!


SHABBAT DESECRATION:  In her final ruling as Chief Justice, Miriam Naor rejects petition against the opening of Tel Aviv businesses on the Sabbath.  [A fitting ending, she has sealed the verdict in Shamayim against her life’s work] ArutzSheva

The 3 seudot (3. Against Gog u Magog) and HAWDALA are so important!

“The One who separates holy and mundane, light and darkness, Israel and the nations,”

Metuka, what is happening is exactly THAT.
To save the Chita, separating the klipot from it by fire.
The Fire that burn the klipot but bake the Everlasting SHABBAT CHallot.
Am Israel CHAI.

Is it any wonder, the Vilna Gaon calls them erev rav 'amaleikim'! It has been foretold that they will be the worst of our enemies, as we see for ourselves, because they rule now in EY and how are they different than the ancient Greeks, Romans, etc., etc.? We cannot say that what the chareidim have been doing with their violent protests are the right thing to do, but we can understand how many of them are afraid for their children being forced into an IDF which does even resemble the original one, now that many of its commanders are of the erev rav and have made things difficult. Another point, drafting women into a military is wrong for any country anywhere, but in Israel, it is a literal chilul H' and all this makes us, at least, understand, the vehement objections. We really need, ASAP, Moshiach's arrival!

Could you elaborate on how Lehava prevents intermarriage?

Almonius, they may do a better job than me: Lehava