The Eretz Hemdah Institute for Advanced Jewish Studies in Jerusalem has recently published a collection of responsa (Bemareh Habazak pt. 9), which rule, among other things, that it is possible to determine the Jewish status of a man or a woman based on a unique genetic test, makor Rishon reported Friday. Should this ruling be embraced by Israel’s Chief Rabbinate, it would provide many olim from the former Soviet Union a valid means to prove their Jewish ancestry. 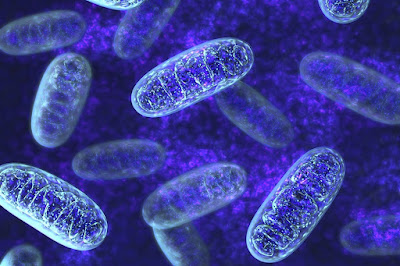 “Testing the Mitochondrial genome, which is transmitted exclusively through the female germ line, makes it possible to identify relatives,” Rabbi Yosef Carmel, the Rabbinical Dean of the Eretz Hemdah, told Makor Rishon. “If it can be proven that a Jane Doe is the offspring of a Jewish mother, her own offspring would also be recognized as Jews (from birth).”

According to Rabbi Carmel, “some 40% of European Ashkenazi Jews carry a genetic mark that suggests they are the offspring of four mothers who immigrated to Europe from the Middle East a millennia ago. Chances are high, statistically speaking, that anyone able to prove that they are the offspring of those four mothers is Jewish according to halacha.”

Rabbi Carmel explained that for the purpose of validating an individual’s Jewish heritage a statistical probability is sufficient, rather than a “clear sign.” In his view, once one has been identified as Jewish with this method, they are no longer required to go through a conversion process to become Jewish.
The ruling could resolve hundreds of thousands of pending cases in which olim to Israel from the former USSR are unable to prove their Jewish ancestry and even though they are eligible for an Israeli citizenship, the Chief Rabbinate would not recognize them as Jews for the purpose of marriage, burial, giving testimony, and a variety of additional endeavors that require one to be Jewish in Israel.

Rabbi Carmel believes his ruling would absolve about 40% of Russian olim of the need to convert in order to receive recognition as Jews. 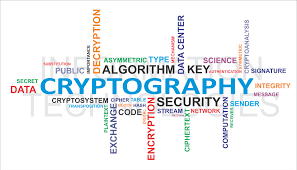 The statistical portion of the ruling was approved by Rabbi Professor Nathan Keller, a graduate of the Einstein Institute of Mathematics in the Hebrew University of Jerusalem, a researcher of probabilistic combinatorics and cryptography; and the genetic research was approved by Professor Karl Skorecki, the Director of Medical and Research Development at the Rambam Health Care Campus..

Rabbi Carmel and his colleague, Rabbi Moshe Ehrenreich have been lobbying the Chief Rabbinate to accept their research and ruling. They say the initial response from the Rabbinate has been positive, but an official response is yet to be issued.
Posted by Neshama at 9:22 PM

Can you also offer a link to go to in order for one to find out if they are Jewish ?

Angela, I don’t at the moment, and will have to wait until after the Chagim to research.

Another question to your research. What will be a status those Jews, who were born from Jewish mother but missing that particular mitochondrial gene? As I understood correctly, only 40% of Ashkenazim can claim they came out of 4 Jewish mothers. On the same hand, those goym, who have that gene present deemed to be recognized Jewish by birth. Therefore, this test, even backed up by big names and institutions cannot substitute our traditional methods of Jewish identity.
Chana

Dr. Karl Skorecki of the Ramban/Technion Medical Center in Haifa, who is renowned for his discovery in 1997 of the Kohen genetic signature (CMH - J1), reported in 2007 that he and his research team have discovered not one but two Cohen Modal Haplotypes, which he called J1 and J2. "Pinchas, the zealot mentioned in the Bible, may be the origin of J2" he suggested.

J2 Cohanim serves as the deep background of the priestly Jewish caste. “The finding of J2 among contemporary Cohanim can lend credence that today’s Cohanim (J1,J2) may be descendents of two different founding dynasties – including coalescence to Pinchas as the founder of J2 Cohanim” concluded Dr. Karl Skorecki.

According to the Holy Scriptures the seed of Zadok is supposed to be countless and measureless. The promise avows that from Zadok seed Hashem will build a continued existence family tree and from this offspring Cohanim will be selected to perform sacrifices on the Beit Hamikdash. The prophet may soon arrive and he will make holy Cohanim, sons of Zadok, and Leviim to minister and safeguard the third Temple, respectively. DNA revealed families from different Cohanim background with the precisely coalescence time allied, in J2 haplogroup, to Zadok. The Zadok Cohanim lineage is composed by 24 families strongly associated to Jewish priest caste, both in Ashkenazim and Sephardim communities. They present a DNA signature in J2 haplogroup that formed a well shaped tree with ramifications, branches and different houses as it should be in the face of of three thousand years of growth.