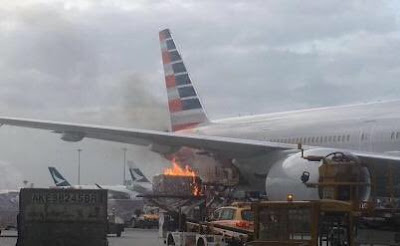 American Airlines plane carrying 161 passengers bursts into huge fireball as it attempts to take off. Newly released video shows just how close the jetliner carrying 161 passengers came to disaster when an engine exploded on takeoff in Chicago last year. (Mirror) The shocking incident happened in October last year, but footage of the incident only emerged this week after it was shared American news channel NBC.(Mirror)

SONOMA AND NAPA WINE COUNTRY INFERNO
Massive fires in Napa and Sonoma counties burn structures, force evacuations, close hospitals
Several massive wildfires burned out of control in Napa and Sonoma counties early Monday, destroying an untold number of homes, forcing the evacuation of many thousands of people and shutting down major roadways as firefighters sought to halt the advance of the infernos driven by powerful winds. (Sfgate) 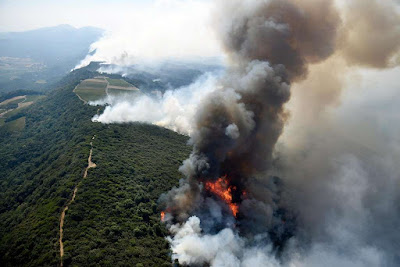 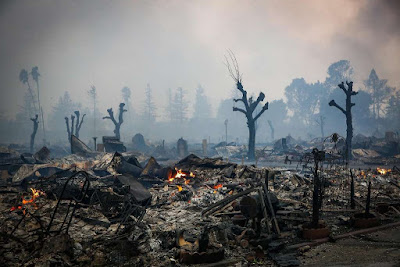 The latest on the Wine Country fires

Massive wildfires ripped through Napa and Sonoma counties early Monday, destroying hundreds of homes and businesses, forcing the evacuation of thousands of people and shutting down major roadways as firefighters sought to halt the advance of infernos driven by powerful winds. Links below:
Live updates: North Bay fires burn thousands of acres
Wineries reel in the wake of North Bay fires
Several possible causes of Wine Country fires
List of Bay Area evacuation centers
How you can help people affected by the North Bay fires 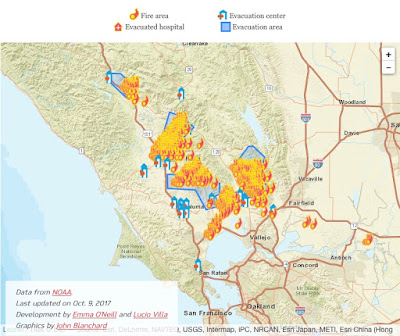 article and pics from sfchronicle

Reform’s Camp Newman Destroyed By California Wildfires
Camp Newman, used by Jewish community in San Francisco Bay Area, wiped out as forest fires rip through northern California. Jewish Summer Camp. At least 10 people have died so far in the forest fires, which blazed across the area Monday. At least 15 fires are burning in eight counties, 20,000 people have evacuated their homes and 1,500 buildings have been destroyed.

“As many of you may have heard, since 10 p.m. last night, forest fires have been burning in Sonoma and Napa counties,” the camp’s post read. It is with tremendous shock and sadness that we share that the majority of the buildings at our beloved Camp Newman home have been destroyed.” 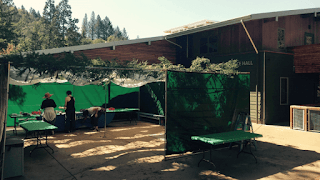