Hurricane Harvey: A First Person Account
And how you can help (below).
by Henny Ephron, in collaboration with others affected by Harvey
Also Robert Levy with a short video of the United Orthodox Synagogue in Houston

A friend of mine asked me to describe what is happening in our city of Houston right now, so that people could understand the impact of Hurricane Harvey. To help me give others perspective, she sent me a link to an article that described the 9 trillion gallons of water that fell across Houston and Southeast Texas as “four miles square and two miles tall” if it were to be collected in a container.

A more accurate and terrifying description of what we are experiencing is the reality of people you know coming so close to drowning in their own homes, making the news as a rescue story and grasping how poorly it could have ended. Seeing so many people lose their homes, their cars, and all their possessions from a relentless barrage of water that almost took their lives.

In Meyerland, where the flooding was more devastating, boats were utilized for lifesaving rescues. People had more than five feet of water inside their homes. At United Orthodox Synagogues, the same volunteer recovery team led by Jenelle Garner after the Memorial Day flood, joined forces again before Harvey hit, only to be challenged like never before. Her teenage sons, Yari and Akiva, and a friend Noah, rescued many people yesterday in an inflatable boat. Garner stated that they stopped counting how many people they rescued after the first 15, and continued to rescue people on airboats past midnight. Even though the veterans of previous floods of this area built raised homes to prevent future flooding, they too were severely flooded and needed to be rescued along with families who had taken shelter with them. Robert M. Beren Academy, the local day school, has been acting as a shelter for these families who have been displaced. 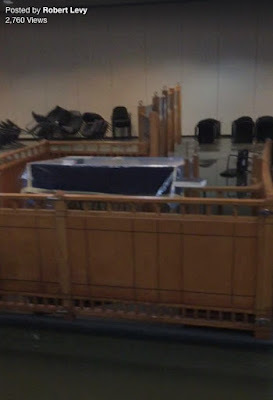 The Texas Medical Center in Houston, the largest in the world, battered by the hurricane and some hospitals were forced to evacuate. MD Anderson Hospital, a leader in cancer care with patients from all over the world, was flooded with three feet of water and forced to close outpatient care and postpone surgeries. Roads turned into rivers, the airports closed, and the city largely shut down and is inaccessible. Full article at Aish.com 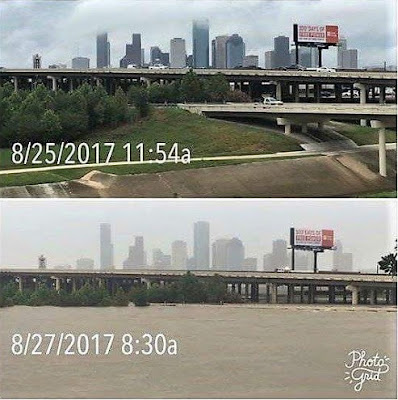 You can help by donating through one of these links:

Thank you for coverage of Houston devastation through water. As mentioned, Previous Rebbe in 1944 said that in the days of Moshiach there will be disasters through water. This will bring the nations to open acknowledgement of G-d's power, and will prepare them for the great revelations of the Redemption. The Rebbe based this prophecy on Psalm 93.