Last week, outside Israel, we read the following Haftara: “The word of Hashem came to me, saying: Now you, Ben Adam … rebuke … the city of bloodshed and let her know all her abominations…. Thus says my L-rd Hashem Elokim …. Through your blood that you shed you became guilty and through your idols that you fashioned you became contaminated ....” (Yechezkel 22:1ff)

The headlines are catastrophic.

“Har ha Bayis is out of hand.”

I for one cannot bear even to look at them.

My friends, there is blood being shed now every day. Am Yisroel is being killed in the most savage way and each day sees more shocking events. It is out of control.

On the petirah of Rabbi Chaim Kanievsky zt”l, I wrote a column entitled “Our Protection is Lost.” When we lost the Saar ha Torah, immediately all restraints seemed to end, and our enemies went on a rampage which continues every day.

We are also being attacked outside Israel, both spiritually and physically. The State of New York has launched a murderous assault on the entire yeshiva system, which could chas v’Shalom destroy Torah life in our communities.

We are talking about survival.

Sefira is an extended Chol ha Moed, but it has come to be associated with mourning. We know that, during this period, Rabbi Akiva’s students died and that, over the centuries, there have been murderous attacks on Jews.

Why now, during Sefira? Parshas Emor, which is read this week outside Israel, includes the mitzvah of Sefiras ha Omer, so it is particularly appropriate to understand this now.

We were rescued from Mitzraim at the lowest madreiga, mem-tes shaarei tumah. Hashem took us out when we had almost no zechusim. He took us out because He loves us and because of our glorious past – the Avos and Imahos – and our glorious future as a Torah Nation. But we had to earn our place at Har Sinai after Hashem miraculously rescued us. So we have seven weeks devoted to teshuva, elevating ourselves and ridding ourselves from the tumah of Mitzraim. During these seven weeks we must achieve spiritual elevation so we are ready to stand at Har Sinai and receive the Torah. This is hard work. We are tested during this period.

Let’s face reality because, otherwise, we are not going to make it. This is survival mode. This is an emergency. Let’s put everything else aside.

Everything in life is midah keneged midah. If you want to know why someone is attacking you, then look in the mirror.

We are attacked because we attack.

We are bloodied because we bloody.

We are hated because we hate.

They scream at us because we scream at each other.

My friends, there is such brutal, bloody sina among us that we cannot hide any more. It is coming right back at us. Instead of being shocked at what our enemies do to us, we should be shocked at what we are doing to each other!

There used to be a nursery rhyme, “Mirror mirror on the wall.” The Kosel is our Wall and our mirror. When they attack us at the Kosel, it is because we are attacking each other. Last week a religious member of Knesset had to be rescued by the police. This is not a question of “free speech” where one supposedly “has a right to express his or her opinion.” This is hatred. This is brutality, Jewish brutality.

This is the elemental fact of survival in the year 5782, now and forever.

It is not a “nice thing” to be united. We are talking survival! We have to understand what is going on and what the consequences are.

As a practical matter, it is difficult if not impossible to change one’s emotions, the feelings of the heart, but we can change actions.

We have to ACT as if we love each other.

That means controlling our actions even if we

cannot control our thoughts and feelings.

We have to stop murdering each other with words and deeds.

We have to know that our lives and the

lives of those we love depend on it.

Every time an enemy sheds Jewish blood it is only because

we – Am Yisroel - are shedding each other’s blood!

“If only My People would heed Me, if Israel would walk in My ways, in an instant I would subdue their foes and turn My hand against their tormentors.” (Tehillim 81)

It’s so simple! Why don’t we listen to our Father in Heaven! 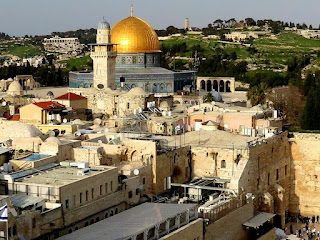