Ode To A Brave Olah


Flooding threatens to destroy biblical sheep projectIt took two years to get the Jacob‘s sheep from Canada to Israel; now, after heavy storms, the first sheep, Rachel, has died, and 40 are sick

These sheep have been nurtured for thousands of years and now they are in peril here in the Land of Israel, Yaakov Avinu’s prize possession. 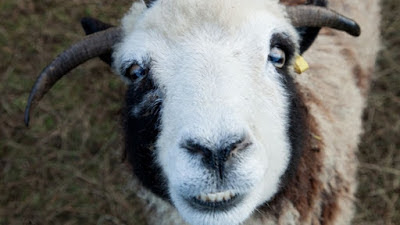 Rachel has gone to sheep heaven*

Two weeks of foul weather in Israel have decimated their temporary quarantine site, with heavy rains flooding the sheep pens and strong winds toppling their shelters, leaving the sheep shivering in the cold.

We called the Israeli Agriculture Ministry for help and they have no sympathy whatsoever. We’re shocked at how little they care about animals.”


“In the end we’ll only have 10 animals to show,” said Jenna Lewinsky.

“There are so many people in North America who spent so much time with this and are very angry with Israel. People from around the world are writing to us and saying, ‘This can’t be happening. How can Israel do this to the sheep?’ We want the best for the animals but we’re being held hostage.”


Source:Times of Israel
Posted by Neshama at 9:29 AM