More About A Child’s Dreams – and Prophecy 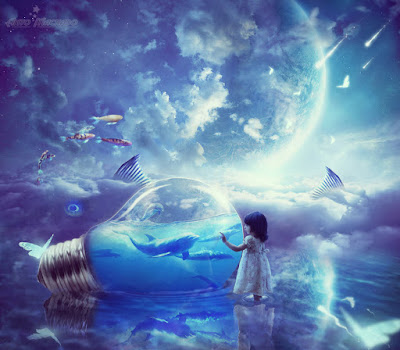 [. . . ]my daughter had another dream last week after many months with none.

"This time she said Avraham and Sarah were our parents and we all lived in a castle in Yerushalayim. Sarah gave us pretty jewelry to wear and nice clothes. We went to the Beit Hamikdash whenever we wanted. She said we could drive there if we wanted in special cars that drove without drivers or a wheel. You just told the car where to go and it went super fast and never had an accident. (We are promised amazing technology and we are already on the way to computerized self-driving cars but she doesn't know that!)

"She said America (she might have meant all of the world as she really doesn't know areas or names of places outside of Israel) had red all over it. When I asked her to clarify if it was blood or fire or dirt/dust she said definitely like dust. (Sounds like the red dust we can see already in certain areas.) Then she said the sky cleared up and Hashem moved all of America (or the whole world) close to Israel. (It sounds like what I've read about all of the tectonic plates being together originally and then they were separated. Is it written that Hashem will move them back to form one continent after Moshiach? If so, that is wild that she knew that! She doesn't know that continents can move so it is all pretty amazing!)

"She said we ate candy but it was really healthy. She said no one was fat anymore. (We will have only healthy nutritious food then!)

"She said we each had a rainbow over each of our houses to protect us. Rain fell around it but not onto our house. She said it followed people around as well. She said the air and sky were different. Much thicker so you couldn't see through it looking up but you could see far when looking straight. (These are also things that will happen as the atmosphere will be different as in times before Noach so we can live longer and healthier. We are promised a new special rainbow as well.)

"[. . . ]the sure thing is that it is prophecy as she never would have been able to think these things up."

Prophecy in Our Days is Given …

Prophecy in our Days – Part II

Thank you for sharing this; it's very intriguing. It sounds like she is referring to Nibiru, which is a red planet / star approaching Earth that's been prophesied to enter in the north in the time of Moshiach.

In short, this planet / star was prophesied by bil'am as a star of Yaakov that shoots forth from the north, which would be one of the signs of MBD's arrival. This star would have a major purpose of cleansing the world and it's impact has already been felt on Earth in alarming ways (Rav Menachem Robinson covers this topic extensively in his blog http://absolutetruth613.blogspot.com , if anyone is interested in learning more about it).

You could also check out Tracking Nibiru