THE LURE OF MITZRAIM
By Roy S. Neuberger 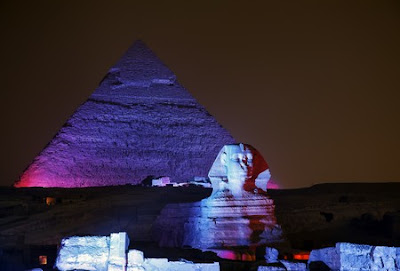 Pesach is approaching.
We have to think about how Yetzias Mitzraim applies to us.

I want to ask: why is anti-Semitism on the increase since the inauguration of President Trump? This seems surprising in light of this administration’s perceived friendliness toward Israel.

My wife and I once traveled to Germany. We learned that, over the centuries, German Jews were extremely firm in the face of terrible adversity. Families were willing to die al kiddush Hashem rather than compromise their allegiance to Torah. But then the ghetto gates opened and the non-Jewish world allowed us to enter, and everything changed. This nisayon, the challenge of freedom and acceptance by the non-Jewish world, proved most the difficult test of all, and became a stumbling block for huge numbers of our brethren.

“In 1844, there was an assembly of Reform Jews in Germany. They ‘abolished’ many of the mitzvos, in effect creating for themselves a new Torah. When Rabbi Yisroel Salanter heard about this gathering, he declared, ‘They made a new ‘Shulchan Aruch,’ and permitted marriage to a non-Jew. There will come a time when the gentiles will [write their own] ‘Shulchan Aruch’ and make marriage to a Jew a transgression punishable by death.’ Ninety years later, right there in Germany, the Nuremberg Laws were instituted, making it a capital offense for a Jew to live with a gentile.” (Rabbi Shlomo Wolbe, Shiurei Chumash, Parshas Yisro 18:11, Artscroll Edition, brought to my attention by Rabbi Osher Anshul Jungreis)

We Jews have a weakness when we are accepted by non-Jews. We tend to forget that other nations receive their blessing from us, not the reverse. This challenge is alluded to in the Torah, when Yaakov Avinu begs Hashem, “Please rescue me from my brother, from Esav.” (Beraishis 32:12) Why did Yaakov need to refer to Esav as “my brother?” Obviously Esav was his brother!

It is vital for us to understand that the Geulah Shelemah is not going to emanate from the other nations, no matter how well-disposed they may be toward us. Our Redemption will come about only when we resume our proper role as Goy Kadosh and Mamlechet Kohanim (Shemos 19:6). As Chazal say, “What can a person do to be spared the travail of the Moshiach? One should occupy himself in Torah and in acts of kindness.” (Sanhedrin 98b)

We are about to enter Chodesh Nissan. We can learn how to survive in the coming years from the lessons we learned in Mitzraim, where we were spiritually vulnerable. The Avos and the Shvatim were no longer with us. Without leadership, we were sinking into the amoral culture of a idolatrous world. Hashem sent a Redeemer in the person of Moshe Rabbeinu; only those who followed him were able to survive. As it was, four fifths of our People fell into the trap of sinking into the surrounding culture and never escaped from Mitzraim.

Moshe Rabbeinu was not afraid of Paro. Although he grew up in the palace, he rejected the culture. One can cleave to Hashem only if one accepts the authority of the Torah, which means rejecting the authority of that which is not Torah. We have to understand this.

Just as our ancestors in Mitzraim were bereft of the Avos and Shvatim, so are we in this generation bereft of godolim who are respected and followed by all of Am Yisroel. How many great roshei yeshiva and universally-respected godolim remain? Only a few. We are surrounded by shrill voices trying to claim our allegiance. We are alone in a world of violence and danger, in which it is extremely difficult to find a person of Torah wisdom and integrity.

“In the Generation in which Ben Dovid will come, [the number of] Torah scholars will decrease, and [as for] the rest [of the people] their eyes will become worn out through grief and anxiety. Numerous troubles and harsh decrees will be [constantly] appearing…. Before the first [trouble] is over, a second one will … appear…. Rav said: All the ‘ends’ have passed, and the matter [of Moshiach’s arrival] depends only on repentance and good deeds.” (Sanhedrin 97a/b)

This may be the most challenging era in the history of the world. The voices of emptiness are crying out, trying to lure us to destruction, like the daughters of Moav (Bamidbar 25:1ff). Even in the Midbar, after leaving Mitzraim, our ancestors heard those voices, as it says, “The entire assembly of the Children of Israel complained against Moshe and Aharon … ‘If only we had died by the hand of Hashem in the land of Egypt, as we sat by the pot of meat, when we ate bread to satiety….’” (Shemos 16:2-3)

We are challenged greatly by the surrounding culture, but, if we listen carefully, we can hear Hashem’s Voice calling out to us. Soon, “all the ends” will have passed and Moshiach will appear in his glory. We must detach ourselves now from the alien world which is even now disintegrating, just as Mitzraim disintegrated so many millennia ago.

A new world is coming, and we want to be there to worship the King in Yerushalayim, the Capital of the World on the day that Hashem Echad Ushmo Echad!