UPDATE ON THE UPDATE:

• The storm brought only seven inches
of snow to New York City, far less than expected.
• But north and west of the city and in New England, it was another story. Up to 30 inches fell along the New York-Pennsylvania border.
• Aboveground subway service and limited Metro-North service were restored around 6 p.m.
• At least 200,000 homes lost power across the Northeast.

On Monday, forecasters predicted up to 20 inches in the city, a storm that would have rivaled the Blizzard of 1888.


But this storm tracked closer to the coast, bringing in warmer air. By midafternoon, so much of the precipitation had fallen in the form of sleet and freezing rain that only seven inches of snow was recorded in Central Park.
Some GREAT videos at NYT

B”H THIS TURNED OUT TO BE A TYPICAL MARCH STORM. I REMEMBER GOING TO THE PESACH SEDER IN BOOTS AND STORMCOAT (when I used to live in Boro Park)

Governor Andrew M. Cuomo today declared a state of emergency across all 62 counties in New York ahead of the extreme winter storm expected to bring heavy snowfall and high winds. The Governor also directed non-essential state employees impacted by the winter storm to stay home from work on Tuesday without having to charge accruals. 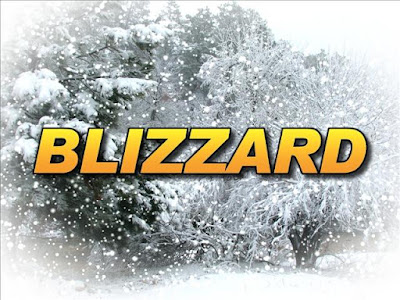 
FOR THOROUGH BLIZZARD INFO AND PREPAREDNESS 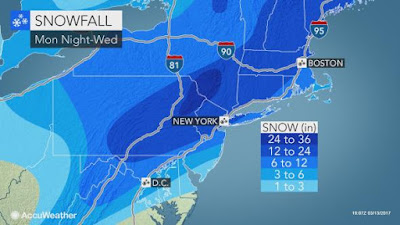 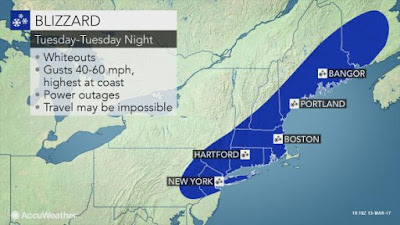 • Public schools in New York City and Boston will be closed on Tuesday.

• The Metropolitan Transportation Authority will suspend aboveground subway service in New York City at 4 a.m. on Tuesday. (See the map.)

• New York City may get up to 17 inches of snow, the National Weather Service said.

• Officials declared states of emergency in New York and New York City starting on midnight Monday. A decision on whether to declare a travel ban in the city has not been made.

As the storm took its toll on the Washington, D.C., area Tuesday morning, officials said that Federal offices there would open with a three-hour delay Tuesday.