So Much Happening; How to Get it All
There are endless reasons to eat pie -- just like pi!
So celebrate the day with 3.14159 pie recipes and beyond.


Math enthusiasts know all about it, and the rest of the population is probably hoping for cherry pie. 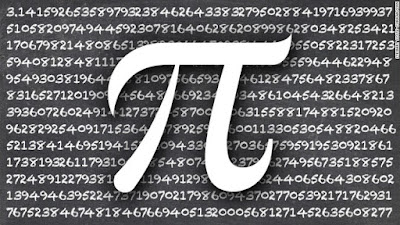 But March 14 is Pi Day. And each year presents ample opportunity for learning.

A few more tidbits about pi and Pi Day:
-- Pi is the ratio of the circumference of a circle to its diameter. It's not equal to the ratio of any two whole numbers, so an approximation -- 22/7 -- is used in many calculations.
-- Pi is essential in architecture and construction and was used frequently by early astronomers.
-- Pi has been known for about 4,000 years, but it started to be called by the Greek letter only in the 1700s.
-- There are no occurrences of the sequence 123456 in the first million digits of pi .
-- The true "randomness" of pi's digits -- 3.14 and so on -- has never been proven.
-- Pi Day started 28 years ago at San Francisco's Exploratorium. Physicist Larry Shaw, who worked in the electronics group at the museum, started celebrating pi on March 14, 1988, primarily with museum staffers. The tradition has grown to embrace math enthusiasts from all walks of life.

There are 5 houses in five different colors.
In each house lives a person with a different nationality.
These five owners drink a certain type of beverage, smoke a certain brand of cigar and keep a certain pet.
No owners have the same pet, smoke the same brand of cigar or drink the same beverage.
The question is: Who owns the fish?

Source for the Puzzle

See also: Remembering Einstein, 138 years after his birthThe Jewish Telegraphic Agency recalls an interview with the physicist in 1926, when he mused about anti-Semitism JTA Interview with Einstein
Posted by Neshama at 9:20 PM